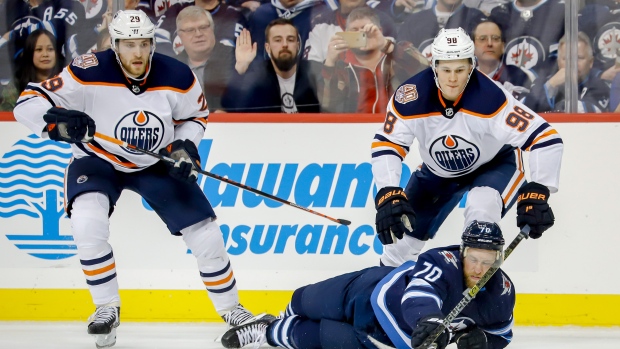 Leon Draisaitl said Wednesday he would gladly welcome Jesse Puljujarvi back to the Edmonton Oilers after the 2016 first-round pick signed a contract in Finland on Tuesday.

"Yeah," Draisaitl told reporters in Toronto Wednesday when asked if he was hoping Puljujarvi would one day return to the team. "You obviously want guys to pan out and want guys to help you on your team, but again, it seems like he doesn't want to be on our team as of right now. Maybe that changes. But again, we have people that are paid a lot of money to make those decisions."

Puljujarvi signed a one-year deal with Finland's Oulun Karpat, which included an NHL opt-out clause until Dec. 1. The 21-year-old and his agent, Mark Lehto, had previously stated his desire for a fresh start away from the Oilers this summer.

Draisaitl, the Oilers' first-round pick in 2014, had a breakout season with the team this past season, posting 50 goals and 105 points in 82 games. He noted Wednesday it was difficult to enjoy his personal success as the Oilers missed the postseason for the second straight year.

"It's really frustrating, obviously," Draisaitl said. "It's a team sport and we all play the game to make the playoffs and win the Stanley Cup. We don't play games to break records or something. Obviously that comes along with it, but you play the game to be successful as a team and we haven't been doing that. Hopefully we can turn things around."

"I think we made some good changes, we added some good depth players," Draisaitl added of the team's off-season. "Hopefully we can change a few things and get over the hump."

Puljujarvi, who remains a restricted free agent, has struggled to carve out a permanent role with the Oilers since making the leap to the NHL in 2016. His most recent season ended with surgery on both hips in early March. He had four goals and nine points in 46 games before going under the knife.