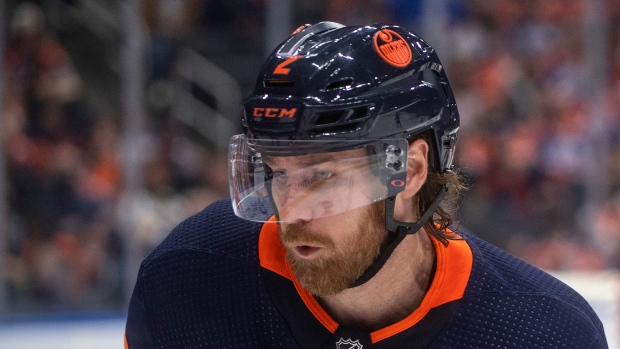 The Edmonton Oilers will be without Duncan Keith against the Arizona Coyotes as the defenceman is considered day-to-day.

Keith suffered an upper-body injury Tuesday night against the Dallas Stars, exiting the game midway through the second period after making a pass at the Stars blueline. He appeared to slam his stick in frustration as he made his way to the Oilers' bench.

The 38-year-old has one goal and five points in 17 games this season, his first with the Oilers after an off-season trade from the Chicago Blackhawks.