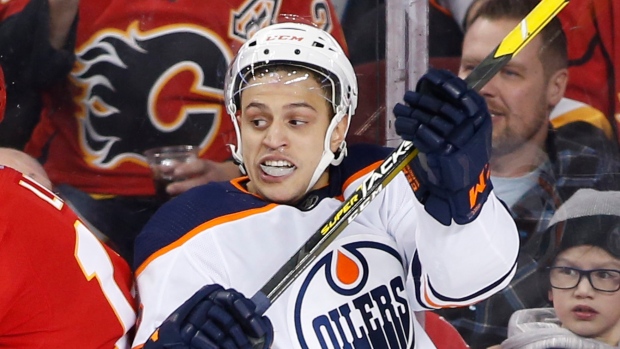 EDMONTON — The Edmonton Oilers have signed defenceman Caleb Jones to a two-year contract extension through the 2021-22 season.

The #Oilers have signed defenceman Caleb Jones to a two-year contract extension.

The 22-year-old Jones has appeared in 23 games with the Oilers this season, posting three assists and six penalty minutes. He has 11 points (three goals, eight assists) in 14 games with the American Hockey League's Bakersfield Condors.

Jones was selected by Edmonton in the fourth round, 117th overall at the 2015 NHL draft.