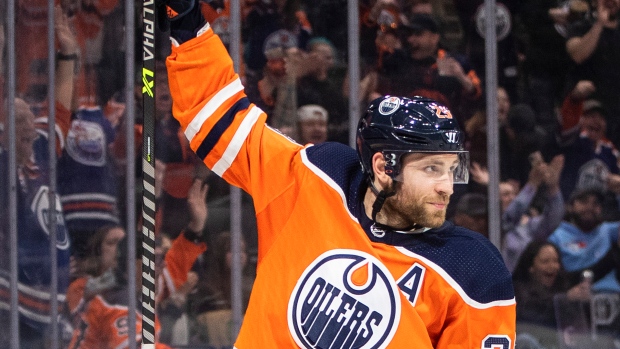 General manager Ken Holland confirmed to the media on Wednesday that star forward Leon Draisaitl was playing through a high-ankle sprain since Game 6 of the opening round of the Stanley Cup Playoffs against the Los Angeles Kings.

"He was playing in a lot of pain," Holland said.

Ken Holland confirms Leon Draisaitl was playing through a high-ankle sprain since Game 6 of Round 1: "He was playing in a lot of pain."

The 26-year-old scored seven goals and 25 assists over 16 playoff games this spring after recording a career-high 55 goals and 55 assists in 80 regular season games.

Holland added that defenceman Darnell Nurse, who confirmed he played through a torn hip flexor in the playoffs, is not expected to need surgery this off-season.

The Oilers were swept by the Colorado Avalanche in the Western Conference Final.