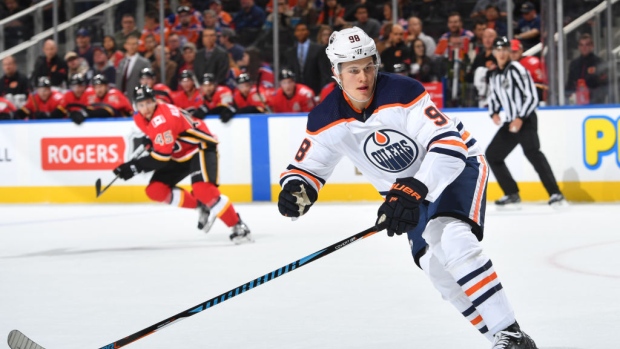 Jesse Puljujarvi is looking for a fresh start this summer away from the Edmonton Oilers and told Finnish television station Laari he's hoping that includes a top-six role with his new team.

"I want a team where I get a place in one of the first two lines and where I get to play for 15 minutes per game. Then I could show what I'm going for. That is my main goal," Puljujarvi said, via Google Translate.

Puljujarvi's agent, Mark Lehto, has maintained throughout the summer that his client's No. 1 priority is to play in the NHL next season, but has left the door open to playing in Europe if the winger is not traded by the Oilers.

The 21-year-old admitted to Laari that he has struggled with English since making the move to North America in 2016. "Language has been a challenge for me. I've always been successful, but it would be fun if things went better," Puljujarvi said.

Lehto told Finland's MTV Sports earlier this month that a trade remains possible, or even likely, but moving the former No. 4 overall pick for a return that satisfies the Oilers is proving difficult.

Puljujarvi is a restricted free agent, though Lehto said his trade demand has nothing to do with salary negotiations. "This is not a bluff attempt," Lehto reiterated to Finland's Helsingin Sanomat on Monday. "Puljujärvi is and has been convinced that he needs a change. He is an NHL player.

"This is about getting an opportunity for a new start. The salary can be almost anything."

Puljujarvi's season ended with surgery on both hips in early March. He had four goals and nine points in 46 games. In 139 NHL games, he has 17 goals and 37 points.

Lehto said last month that changes at general manager and head coach have done little to convince Puljujärvi to return to the Oilers.