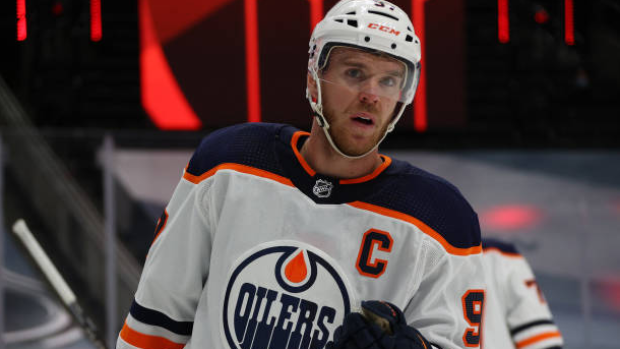 The incident occurred in the first period of the Canadiens' 4-0 win over the Oilers on Monday night, when McDavid delivered what appeared to be a high hit late on Kotkaniemi after the centre played the puck in the neutral zone. McDavid was assessed a two-minute minor for roughing on the play.

According to TSN's John Lu, both Canadiens interim head coach Dominique Ducharme and goaltender Jake Allen addressed the McDavid fine while speaking to the media Wednesday. Neither said the play was worthy of suspension and that the officials got it right by at least penalizing the Oilers captain.

Edmonton’s Connor McDavid has been fined $5,000, the maximum allowable under the CBA, for Elbowing Montreal’s Jesperi Kotkaniemi.

McDavid has 21 goals and an NHL-high 63 points in 37 games this season, while serving 16 penalty minutes.

The 24-year-old was suspended two games in February 2019 for an illegal check to the head of New York Islanders defenceman Nick Leddy.

Kotkaniemi, who scored his fifth goal of the season earlier in the first period on Monday, has 16 points in 32 games this season.