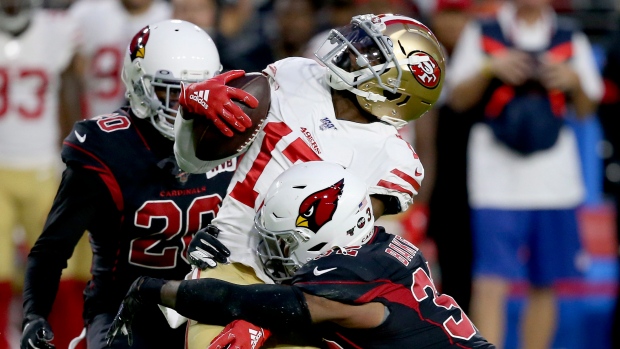 Free agent wide receiver Emmanuel Sanders appears to be in no rush to sign his next contract.

Sanders, who finished last season with the San Francisco 49ers after a trade from the Denver Broncos, spoke about the free agent process during a Facebook live session Thursday.

"The hardest thing about free agency is sometimes you want it right away but you have to wait and see, see what happens," Sanders said, per The Mercury News. "I'm trying not to rush the process, because I know what I want out of a team and I know what my goals are. I'm trying to find the best fit."

During Thursday's broadcast, he said he remains optimistic he could remain in the Bay Area.

"Hopefully we can run it back, but we'll see," Sanders said.

The Dallas Cowboys have reportedly expressed interest in the 33-year-old receiver, who is entering his 11th NFL season.