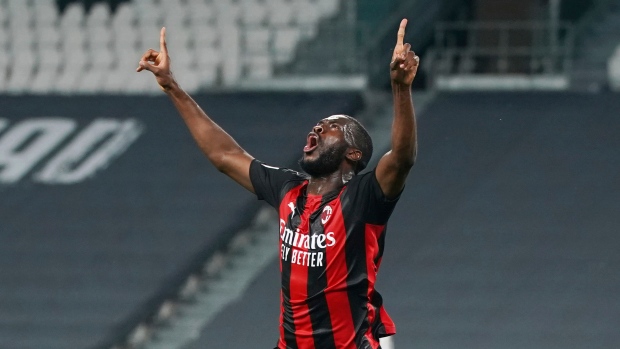 Calgary-born Milan defender Fikayo Tomori has been recalled to the England squad ahead of October's World Cup qualifiers.

Manager Gareth Southgate announced his team on Thursday for games against Andorra and Hungary.

Tomori, 23, is in his first full season with the Rossoneri after completing a £25 million move from Chelsea in the summer. He had spent the last half of last season at the San Siro.

"He's playing at a club where there's an expectation to win every week, so he's performing under pressure," Southgate said of Tomori, who has one previous England cap. "I like Fikayo in terms of his aggressiveness as a defender. Because he's got speed he's confident enough to defend on the front foot and his use of the ball is improving all the time."

Tomori had represented Canada at the under-20 level, but switched allegiances to England, where he's spent most of his life, in 2016.

Defenders Trent Alexander-Arnold of Liverpool and Manchester United captain Harry Maguire miss out due to injury.

"These are two players we think can be really exciting for England's future," Southgate said of the duo. "We don't want to overload them, we want to make sure we are making the right decisions with them."

The Three Lions currently sit atop Group I after six matches and are on course to reach Qatar.

England visits Andorra on Oct. 9 before hosting Hungary at Wembley on Oct. 12.