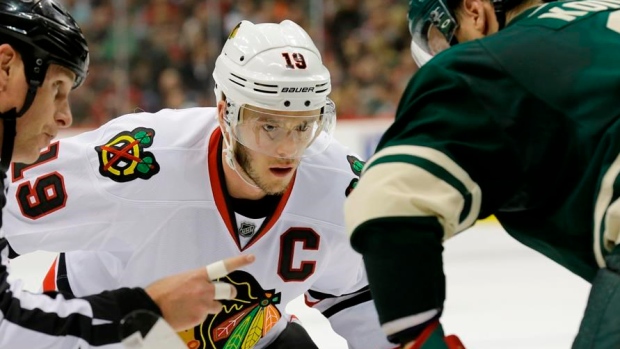 On Sept. 1, the National Hockey League declined its option to re-open the Collective Bargaining Agreement (CBA). For many, it was an encouraging sign that the league and players’ association are working towards securing labour peace – a labour peace that has been elusive in the hockey world for the last three decades.

Unfortunately, that is just the first checkpoint. The NHLPA has a similar option to exercise by Sept. 15, and if you read between the lines, it sure sounds like the union is considering withdrawing from the current agreement.

We’ve been hearing for some time now that the players are extremely frustrated with the impacts of escrow. Escrow is simply the amount of extra pay withheld from each paycheque to help ensure that hockey-related revenue (HRR) is split 50-50 between the players and owners. Escrow serves a critical function in the current system, since it takes quite some time – recall this summer, free agency again opened before the upcoming season’s salary cap had been set – to fully account for HRR.

The loudest signal to date may have come from Chicago Blackhawks centre Jonathan Toews. Like many players before him and the NHLPA as an entity, Toews voiced his frustration with how penalizing the escrow process has become.

“I'm no financial expert,” Toews told John Dietz of the Daily Herald at the end of last season. “All I see is that I've signed a contract and to me, it's not exactly being honoured. So I don't care what business you're in – to me, that's kind of ridiculous.”

As Dietz notes, players used to receive their escrow back. Now, due to a rising salary cap that has led to heftier contracts and revenues that have failed to keep up with those larger agreements, players lose in excess of 10 per cent of their annual salaries.

It’s understandable that players talk about escrow being the dirtiest word in hockey. If we look at the effects of escrow on the players, you can quickly observe a ballooning of salary loss starting after the 2012-13 season: 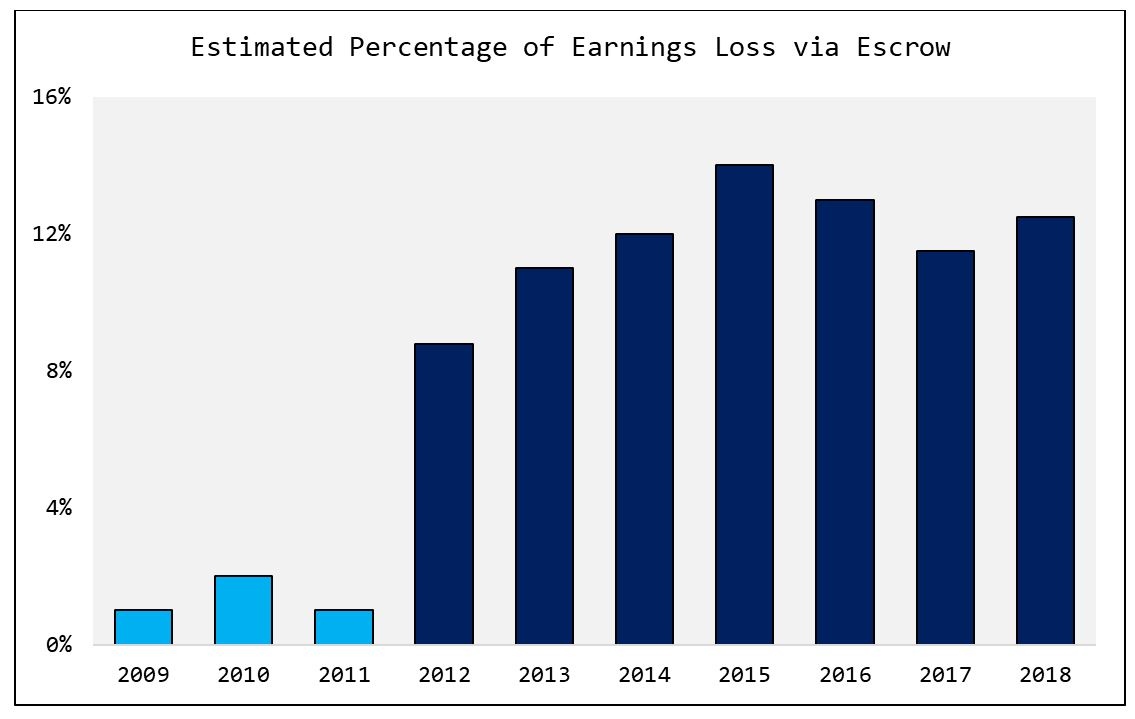 A $10-million player like Toews is routinely losing about $1.5-million of his contract. That’s not insignificant, especially for a player who was in the league under a prior agreement where escrow wasn’t nearly as penalizing.

The players have tried to combat escrow penalties by changing their strategy when it comes to the escalator clause – a trigger that allows players to increase the salary cap in a given year by up to 5 per cent. The players dropped the escalator to 1.5 per cent in 2017 and 2018, and in anticipation for 2019, escalated by a mere 0.5 per cent.

Both the escrow process and the escalator clause are issues entangled with forecasting league growth. Since no entity can predict revenue growth with certainty, the league and players rely on estimates and adjust later.

So while escrow is the mechanism that takes the money out of the pockets of the players, it’s really poor league revenue growth (and, by association, the definition of hockey-related revenue) relative to the growth of salaries that has created this mess. It’s a vicious cycle: the league over-forecasts revenue projections and then the players and league try to manage to that guidance, eventually dealing with the repercussions of the over-forecast by withholding salary. That's why the fight against escrow is a red herring – it's merely the symptom of a larger issue.

Consider this past season. For most of 2018-19, guidance on the 2019-20 salary cap was estimated at, or north of, $83-million. In June, reports started surfacing that guidance was missed, and that the adjusted forecast for the 2019-20 cap would sit at $81.5-million. Most of our attention was the impact that would have on the cap-strapped teams that would need to calibrate their off-season plans accordingly. But the larger – if more subtle – story was that the league anticipated more growth than was actually realized.

Add that to the players believing the 50-50 share isn’t appropriately defined – as one example, expansion fees, like the $1.2-billion created from adding franchises in Vegas and Seattle, are excluded from HRR – and you have an environment where constituents feel like they are getting the short end of the stick.

Hope springs eternal, but there is enough smoke around the players’ association to make us wonder if the shelf life on the current CBA is set to expire. If that’s the case, we’ll be headed into yet another combustible era of labour talks.