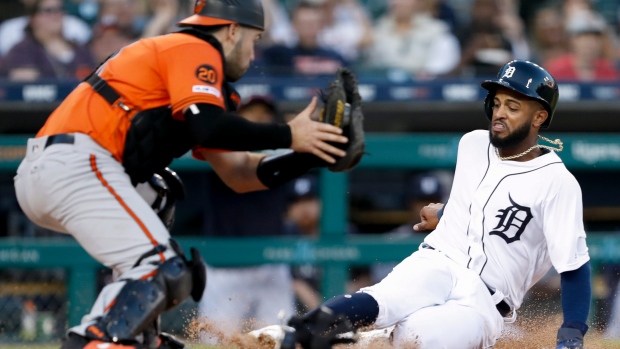 There’s plenty of bad teams in baseball nowadays, but a few stand out as being particularly bad.

Or, as ESPN’s Buster Olney puts it, “godawful.”

“[Baseball has] to find a way to keep more teams engaged, besides the tanking issue, which I think is reflected in what we’re seeing in the American League. I mean it’s godawful and it’s the talk of baseball,” Olney told TSN 1050’s First Up with Michael Landsberg and Carlo Colaiacovo Tuesday morning.

“You walk up to players and say, ‘Hey, how’s it going’ and they’re like, ‘Have you seen the Tigers? Have you seen how bad the Orioles are?’ And they talk about what a joke the American League is and how top-heavy it is. And so besides any tanking measures and altering the draft, I think they do have to figure out a way. Whether it’s adding another wild-card team or doing like they do in the minor leagues, which is just splitting up the season into two halves to keep more teams engaged. Because it’s ugly. Like, the American League down the stretch is really bad.”

Why does this seem like the case this season more so than in previous years? Olney says it’s because of a trend that’s becoming more and more common throughout the majors.

ESPN MLB Insider Buster Olney joins First Up with Michael and Carlo to discuss Mike Trout's injury, the lack of playoff races in MLB and more.

“I think [general managers] are telling the owners, ‘You know what? We don’t think we’re good enough to win this year. So rather than spend money, why don’t we absolutely cut the payroll to bare bones, take it down to $80 million and we’ll finish in last place and have a shot at the draft and the worst thing that can happen, boss, is you’re going to make a lot of money.’ And that’s what’s happening to a lot of these teams that are tanking. They’re not spending any money, but in the end they’re making out despite the fact that they’re godawful,” he said.

The numbers back it up. From 2014 to 2017, there was only been one 100-loss team in the MLB (2016 Minnesota Twins). Last season, there were three (Chicago White Sox, Kansas City Royals, Baltimore Orioles) and they were all in the American League. Two teams this season (Orioles, Tigers) have already reached the 100-loss mark and with two weeks to go, the Kansas City Royals (95), Miami Marlins (98) and even the Toronto Blue Jays (91) could reach the century mark.

“The Tigers are going to end up with a run differential of over minus-300. I mean, think about that. It means you’re losing by an average of two runs per game over the course of the year. That’s the situation that needs to be fixed,” Olney said.