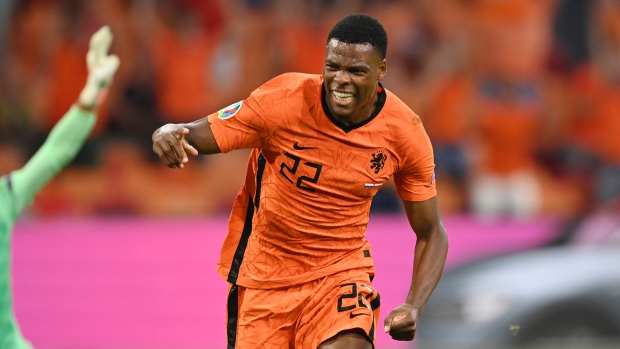 With Euro 2020 fortunes already settled for both teams, the final game of Group C action for North Macedonia and the Netherlands will give both nations an opportunity to take stock.

Coverage of North Macedonia vs. Netherlands begins at 12:00pm ET/9am PT across the TSN Network and streaming on TSN.ca, the TSN App and TSN Direct.

Having already won their first two matches against Ukraine and Austria, the Oranje have claimed top spot in the group. The finale against North Macedonia will allow manager Frank de Boer to rest anybody with a nagging injury, hand playing time to some others on his bench and figure out what his best XI is prior to the knockout round. The Oranje’s foot will be firmly off of the gas pedal on Monday.

On the other side of the pitch, reaching Euro 2020 is already a victory for North Macedonia and everything else has been gravy. That is not to say that Igor Angelovski’s team weren’t looking to qualify for the knockout round, but the odds were extremely long for one of the two teams, along with Finland, making their bow at a Euro. Firmly second-best in both of their prior two matches with Austria and Ukraine, North Macedonia sees their Group C finale as a means to claim the country’s first-ever Euro points.

Defender Visar Misliu says North Macedonia will be playing for pride and out for a victory.

"It is normal that we are a little disappointed with the results because we wanted and expected more," Misliu said. "But we are motivated before the Netherlands. We are professionals, we represent the country, and we will play to the end in our desire to win. The Netherlands is an extremely strong team, no matter what team they will play, so only with a team game can we beat them. Our game will be solid in the middle and trying to surprise them through counterattacks."

The match marks the fifth time these two sides have taken to the pitch against one another, but the first time in a tournament. The previous four encounters have all taken place during World Cup qualifying with the Oranje winning two and drawing the other pair. Last time out, the sides met in Amsterdam in 2009 with the Netherlands winning in a walk. Dirk Kuyt, then of Liverpool, had a first-half brace and Rafael van der Vaart and Klaas-Jan Huntelaar also found the score sheet in a 4-0 victory. Ageless wonder Goran Pandev, who turns 38 next month, appeared in all four of the prior matchups for Macedonia.