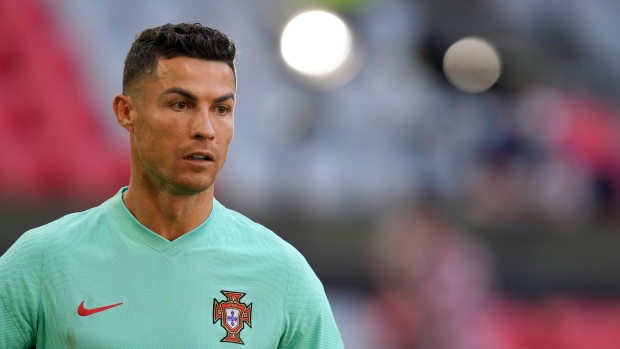 One of the tournament’s most highly anticipated fixtures goes down in Munich on Saturday when defending champions Portugal take on a Germany squad desperate for a result.

With Portugal, Germany and France having been drawn in the same group, we were guaranteed to have a titanic clash on every single matchday, but Portugal might have been fortunate to have played Hungary in their opening match.

While the game was much closer than the 3-0 scoreline indicates, Portugal got the job done and secured the expected three points. They enter their final two group-stage matches on considerably surer footing than Die Mannschaft, who were 1-0 losers to France in their opener and now need at least four points from their remaining two matches to ensure that Jogi Low’s last tournament in charge of Germany doesn’t end in the group stage.

History might be on Germany’s side, but that will be of little comfort. Die Mannschaft is 10-5-3 against Portugal all-time and winners of four straight with all four games coming at major tournaments. The two teams last met in the group stage of World Cup 2014 when a Thomas Muller hat trick led Germany to a 4-0 thrashing.

"We've always beaten Portugal in tournaments over the past 10 or 12 years,” Low said. “In our last meeting in 2014, our opening game, that gave us good momentum. Now we have a completely different team, as does Portugal. They've been playing together for a while; they won the [the Euro] in 2016, beating France at home. That was great for them."

Low’s counterpart, Fernando Santos, believes the match against France provides his team with a game plan against Germany.

"France defended in a low block and allowed no space deep,” Santos said. “That's where Germany couldn't create problems. France played a fantastic game. Germany like to take advantage of the speed of their strikers with passes from midfielders such as [Toni] Kroos, [Ilkay] Gundogan and [Joshua] Kimmich. France managed to balance the game, took the game to the opposing midfield and neutralized Germany. We will have to use the ball, attack their midfield and pay attention to these aspects."

Santos also hopes for another sterling effort from captain and talisman, Cristiano Ronaldo, whose brace against Hungary set the new all-time record for goals at a Euro. In his fifth tournament, Ronaldo’s pair of goals on Matchday 1 were his 10th and 11th, breaking the tie he had with France legend Michel Platini.

"Ronaldo is influential, as always,” Manchester United and Portugal midfielder Bruno Fernandes said. “He is another one who wants to do his best and is making a difference. The most valuable player in the national team is the 'we.’ The 'we' is the most important, there are many ‘I’s,’ but the 'us' is what counts."

Both teams are dealing with injuries heading into the match. Germany right-back Lukas Klostermann of RB Leipzig picked up a suspected muscle tear during training and could be unavailable for the remainder of the tournament. On the other side, Sporting left-back Nuno Mendes incurred a thigh injury that isn’t considered serious, but he is a doubt for Saturday.