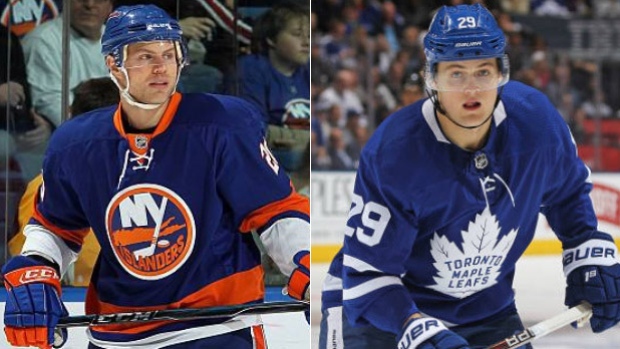 If William Nylander fails to sign in the NHL before the Dec. 1 deadline, he will join a small group of players who sat out an entire season during a contract impasse.

One such player in that group is retired forward Sean Bergenheim, who sat out the entire 2006-07 season after failing to reach a contract with the New York Islanders.

Bergenheim didn’t hold the star status of Nylander at the time, but was coming off a strong season split between the AHL's Bridgeport Sound Tigers and Islanders. The contract talks stalled over whether he would sign a one-way or two-way deal and Bergenheim ultimately elected to join the KHL's Yaroslavl Lokomotiv.

“I just decided, when it was clear they weren’t going to offer me more than what they did, to go to Europe,” Bergenheim told The Athletic. “If I was good enough of a player, I was going to be back in the NHL after one year. And I felt like I could develop.

“I always had in my mind I would come back to the NHL but it was just clear I wasn’t going to get a contract I was happy with, with the Islanders.”

Bergenheim split the season between the Lokomotiv and Frolunda in Sweden. He returned to the Islanders on a one-year deal, and spent the next three seasons with the team.

Now 34, Bergenheim argued that playing in Europe was highly beneficial for his development at the time. He wasn’t sure, however, if the same would be true for Nylander, who has already played three NHL seasons with the Toronto Maple Leafs.

“Right now, he would be a key player on that team right away,” Bergenheim said. “Imagine the team they would have when he’s back — they’ve got [John] Tavares, [Auston] Matthews, and plus the other great players they have. The team they’re gonna have, the success they could have together… this could be a big opportunity for him in his career. This is just one thing he has to think about. He has so much to think about right now.”

While Nylander said in October he's left all contract negotiations to his agent, Bergenheim said the final decision will ultimately have to be made by the 22-year-old.

“I think you have to believe in yourself and believe in your cause. I think that’s really important. That’s my advice. But [Nylander] has to take into account everything that might happen if they don’t reach a deal, so you also [have to] think about the big picture and know what’s best in the long term.”

As for moving Nylander in a trade, a scenario that has appeared to become more realistic this week, Bergenheim believes both sides would be better off with the forward staying in Toronto.

“To see a team like Toronto, who is doing so well, for them to get Nylander in the lineup, they can’t get a player like that from anywhere else. They can’t get one from a trade, really, without losing something in return,” Bergenheim said. “They already have such a good team, so from that perspective, they really need him, I think there’s no question about that. He would make the team even so much better. And from Nylander’s point of view, there’s no point for him to sit out a whole year. Hopefully they can meet in the middle or whatever or make something work.

“In the end, it doesn’t help either one of them if they can’t come to an agreement.”

Nylander will miss his 20th game of the season on Friday night when the Maple Leafs visit the Anaheim Ducks. The Leafs are 13-6 this season through 19 games.