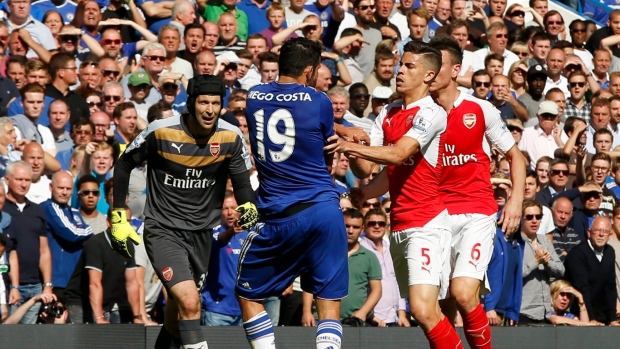 LONDON - The English Football Association has charged Chelsea striker Diego Costa over violent conduct missed by the officials in Saturday's victory over Arsenal.

Although Costa escaped a red card in the game, Arsenal duo Gabriel Paulista and Santi Cazorla were sent off.

The FA has charged Gabriel with improper conduct for his behaviour following his dismissal and issued Cazorla with a warning about his conduct following his sending off.

Both clubs have also been charged with failing to control their players.

On Costa's clashes with Laurent Koscielny, the FA says a panel of former referees reviewed the video and unanimously agreed the striker should be charged.