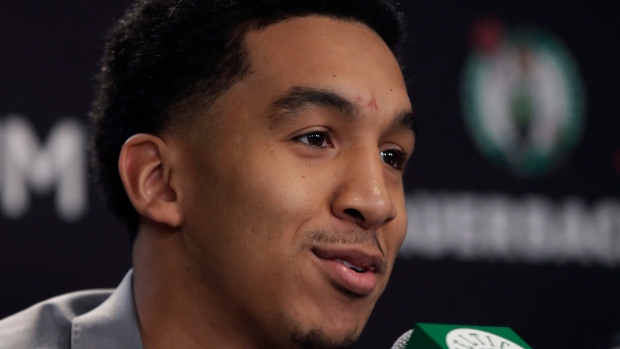 WEST HAVEN, Conn. — Police in Connecticut say the father of Boston Celtics rookie Tremont Waters has been found dead in a motel room and the death has been ruled a suicide.

West Haven police say 49-year-old Ed Waters was found dead at a Super 8 Motel just after noon on Thursday. The medical examiner's office on Friday ruled the death a suicide.

Tremont Waters, who starred at Note Dame High School in West Haven, was drafted by Boston in the second round out of LSU, where he averaged 15.6 points per game.

He signed a two-way contract with the Celtics earlier this week.