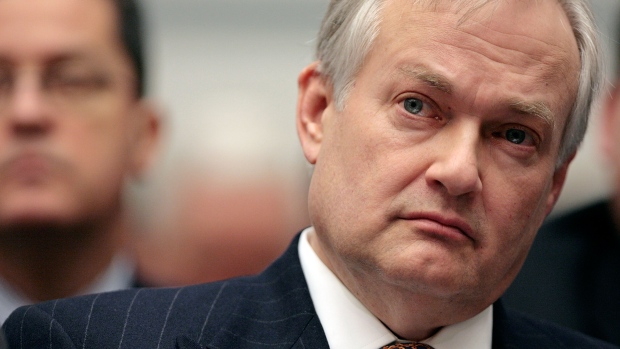 During the 2011 Women’s Under-18 World Championship in Stockholm, player agent Ross Gurney says he phoned NHL Players’ Association executive director Don Fehr with a stark warning. He shared that his client, Kyle Beach, had allegedly been sexually abused by former Chicago Blackhawks video coach Brad Aldrich, who was working with Team USA at the tournament.

Gurney said in an interview with TSN on Wednesday that Fehr promised to forward the warning on to USA Hockey.

“My purpose in calling the PA was to get a warning to USA Hockey,” Gurney said. “That is what I was directed to do by Kyle.”

Beach was subsequently referred to Dr. Brian Shaw, a psychologist and program administrator with the NHL/NHLPA Player Assistance Program.

“Dr. Shaw told me [during a phone call] he would handle it and make sure that Team USA was aware that Brad Aldrich is a sexual predator,” Beach told TSN on Wednesday. "After that one conversation, the NHLPA cut me loose. I never heard from them again.”

When contacted on Thursday, Dr. Shaw declined to discuss the subject of Beach requesting that the therapist go to USA Hockey and said, “I want to be clear about memory bias and I have feelings of wanting to be fair and supportive of Kyle. I’m not going to say anything else.”

Dr. Shaw told Jenner & Block reporter investigators that he did not have any records related to John Doe (Kyle Beach) or any recollection of meeting with him.

USA Hockey did not respond to repeated requests for comment.

Beach said that if Don Fehr and Dr. Shaw had done “what they are supposed to do, then that teenaged boy in Michigan probably does not get sexually assaulted."

The Jenner & Block report on the Chicago Blackhawks’ handling of Beach’s sexual assault allegations that was made public on Tuesday says that Brad Aldrich worked for the Team USA at the 2011 World Junior Championship in Buffalo.

Aldrich’s uncle, Scott, actually worked at that tournament as equipment manager while Brad worked as video coordinator for Team USA at the women’s tournament in Stockholm, which started six days after the men’s event.

According to the report, “[Gurney] recalled that Fehr responded that he knew people at USA Hockey, that the NHLPA would look into the situation, and that the NHLPA could offer support.”

In an Oct. 7, 2021, interview with Jenner & Block, Fehr said he couldn’t remember a conversation with Gurney, but did not deny that it occurred.

In a statement late Wednesday, Fehr confirmed that Beach was referred in 2010 to Dr. Shaw.

“Kyle Beach has been through a horrific experience and has shown true courage in telling his story,” Fehr wrote. “There is no doubt that the system failed to support him in his time of need, and we are part of that system.”

“In his media interview,” Fehr wrote, “Mr. Beach stated that several months after the incident he told someone at the NHLPA the details of what happened to him. He is referring to one of the program doctors with the NHL/NHLPA player assistance program. While this program is confidential between players and the doctors, the grave nature of this incident should have resulted in further action on our part. The fact that it did not was a serious failure. I am truly sorry, and I am committed to making changes to ensure it does not happen again.”

Fehr declined to be interviewed by TSN on Thursday, one day after Beach called for his dismissal from the NHLPA.

Beach said, “I don’t know how he can be in charge if that’s what he’s going to do when a player comes to you and tells you something, whether it be abuse, whether it be drugs, whether it be anything. He’s supposed to have the players’ backs and I know he didn’t have mine.”