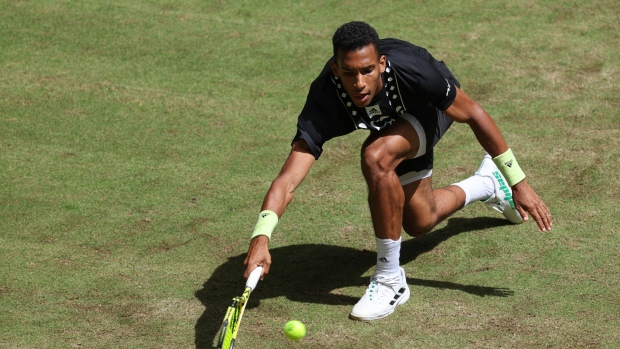 HALLE, Germany — Montreal's Felix Auger-Aliassime moved on to the second round of the Halle Open tennis tournament with a 6-3, 5-7, 6-3 win over American Marcos Giron on Tuesday.

Auger-Aliassime, seeded fourth at the ATP 500 grass-court event, broke Giron five times on nine chances, including the clinching game of the first set and a crucial break in the third set that game him a 4-2 lead.

Giron had three breaks on eight chances, with all of them coming in the second set.

Auger-Aliassime's powerful serve was on display in the match. He fired 11 aces to Giron's one.

The Canadian improved his career record against Giron to 3-0.

Auger-Aliassime will face American Mackenzie McDonald in the second round. It will be the first meeting between the players.

This report by The Canadian Press was first published June 14, 2022.