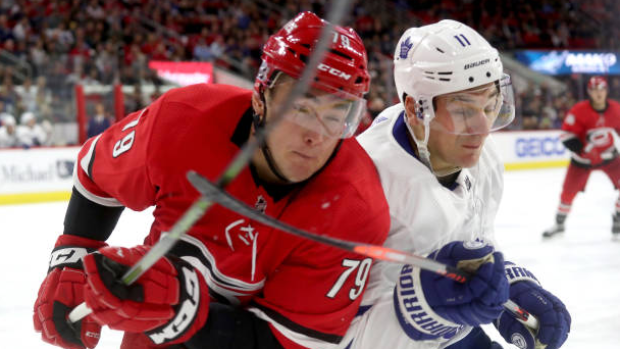 Carolina Hurricanes winger Micheal Ferland is expected to return to the team's lineup on Tuesday night after a four-game absence due to a concussion.

Ferland was taken off injured reserve Monday, but said he is cognizant of the risks associated with playing after sustaining his second concussion.

“I mean, you’ve got to be concerned,” Ferland told the Raleigh News Observer. “It’s your life.”

"A hundred percent, you have to be concerned," Ferland said. "I’m very concerned.”

Ferland last played on Nov. 27 against the Montreal Canadiens. He logged 12:37 of ice time in the contest over 20 shifts and completed the game, but started feeling off afterward.

“I think I finished the night with five hits and after the game something didn’t feel right,” the Canes forward said Monday. “I had concussion symptoms, feeling in a fog, things like that.”

The Hurricanes winger acknowledged he could have hid his symptoms from the team and league, since there was nothing in the game film to suggest he was injured, but said he knew the risks of playing with a playing with a head injury.

“But you’re more vulnerable to getting real hurt,” Ferland said. “After the Montreal game I wasn’t feeling good. If I had kept playing and I’d have taken a serious hit... That’s where the concern is.”

A veteran of 274 NHL contests, Ferland sustained his first concussion in 2014 while with the Calgary Flames.

He spent Monday's practice on a line with Clark Bishop and Brock McGinn.