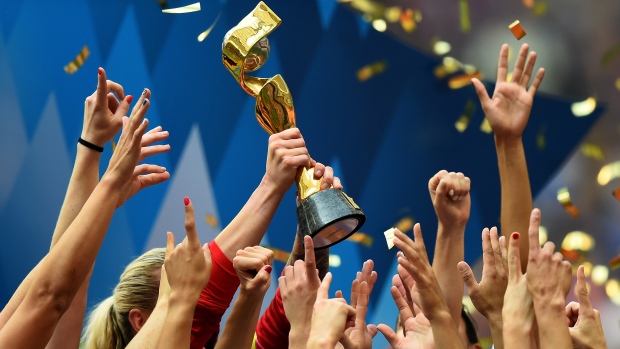 France has an opportunity to translate dominance at the European club level to success on the World Cup stage.

With a highly experienced and skilled team, host France will be among the favourites at the FIFA Women's World Cup kicking off today on TSN.

France will open the tournament against Korea Republic at 2pm et/11am pt. on TSN1, TSN4 and TSN Direct, in the lone game of the day.

French coach Corinne Diacre is happy shouldering high expectations, and reaching the July 7 final in Lyon is the minimum goal set by the French Football Federation. While the United States and Germany have won five World Cups between them, France has never reached the final.

This was also the case the last time France hosted a World Cup, and that tournament ended with Zinedine Zidane leading the men's team to victory in 1998. Zidane has since extended his own legacy by becoming a successful coach, leading Real Madrid to three straight Champions League titles.

Diacre, who chatted with Zidane at France's training camp earlier this month, has champion players of her own.

Seven, in fact, from the Lyon team that recently crushed Barcelona 4-1 to win the women's Champions League for the fourth straight year and sixth time overall.

Among the seven are imposing centre half Wendie Renard and midfielder Amandine Henry, who also captains Les Bleues. The buzz from another Lyon triumph is spilling over onto the national team and Diacre is eager to nurture that as much as possible in training.

"We are surfing on this Lyon wave because they have brought another title along with them," Diacre said. "They bring us so much joie de vivre. It's down to us to do the same as they did, and go all the way."

Gaetane Thiney, who has scored 58 goals in 154 international appearances, will likely be behind centre forward Valerie Gauvin, flanked by Lyon's prolific Eugenie Le Sommer on the left (74 goals in 159 appearances) and Paris Saint-Germain's Kadidiatou Diani on the right.

With 20 goals in 108 appearances, Renard is the undisputed leader of the back four, and like Henry, holds iconic status on the team.

But that's more because of their achievements at the club level, and Henry wants to reach the pinnacle of the women's sport.

"When I discovered the France team it was in '98, when France won the World Cup," the 29-year-old Henry said. "I said to myself: 'Wow, this is so good. I also want to win trophies.'"

Like many others back then, she was mesmerized by Zidane's skills.

"Especially since he played in midfield and then I started out in midfield," said Henry, who made her international debut at 18. "I didn't really try to imitate him, but the aura he gave off was so special."

Henry thinks her time may have come.

"Winning a World Cup would be huge, and there's no bigger dream than winning in your own country." she said. "When I sing (the national anthem) La Marseillaise, I want to cry. You are representing the elite of your sport. ... A lot of people would love to be in our position."

Diacre took the bold step of leaving Katoto off the national team roster.

Diacre felt Katoto had underperformed under pressure and was not going to do well enough in big games.

Those who have followed the 44-year-old Diacre's career probably weren't surprised. She is resistant to pressure.

Five years ago, Diacre took charge of second-tier team Clermont, becoming the first woman to coach a men's team in a competitive match in France.

Now her task is becoming the first to lead Les Bleues to World Cup success.