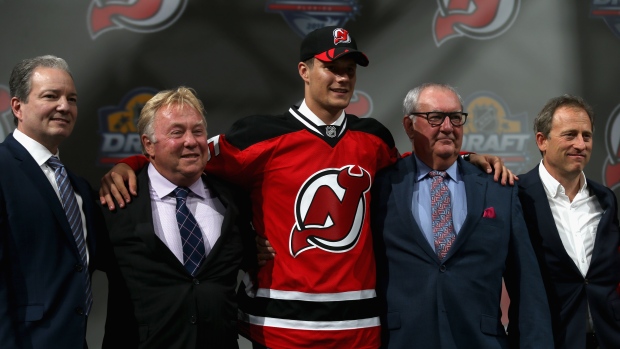 Devils executive vice-president and general manager Ray Shero announced the signing on Tuesday, saying that the forward will have an average annual salary of $925,000.

Had Zacha not signed by Saturday, the 18-year-old would not have been allowed to play in the NHL this season.

"It was always my dream to play in the NHL," Zacha said in a conference call. "It's a great feeling."

Zacha, who is working out in California to prepare for training camp next month, is expected to push for a spot on the Devils roster this year. The franchise has missed the playoffs the past three seasons.

"I am looking to show everyone that I can make the team, and I will do anything for it," Zacha said.

Zacha was selected sixth overall in the recent draft. He spent 2014-15 with Sarnia (OHL), collecting 16 goals and 34 assists in 37 games.

The Czech native played in 38 games for Liberec in the country's top league in 2013-14. He also participated in each of the last two World Junior Championships.