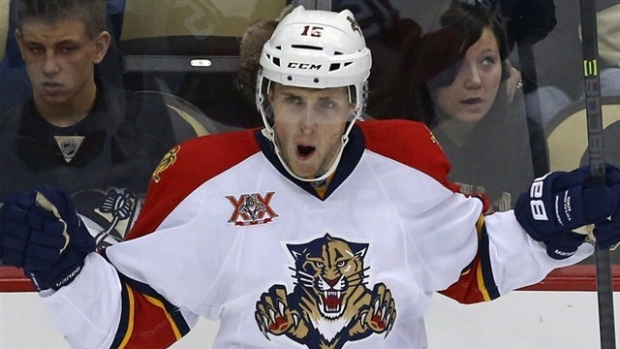 The Calgary Flames have acquired centre Drew Shore from the Florida Panthers in exchange for centre Corban Knight.

Shore has scored nine goals and 21 assists in 35 games with the American Hockey League's San Antonio Rampage in 2014-15.

Originally selected 44th overall by the Panthers in 2009, Shore has scored eight goals and added 12 assists in 67 career games with the Panthers.

He has appeared in nine career NHL games, scoring one goal. Knight returns to the Panthers organization, which originally selected him in the fifth round (135th overall) of the 2009 NHL Entry Draft.

According to TSN Hockey Insider Bob McKenzie, both players will report to their new AHL clubs.