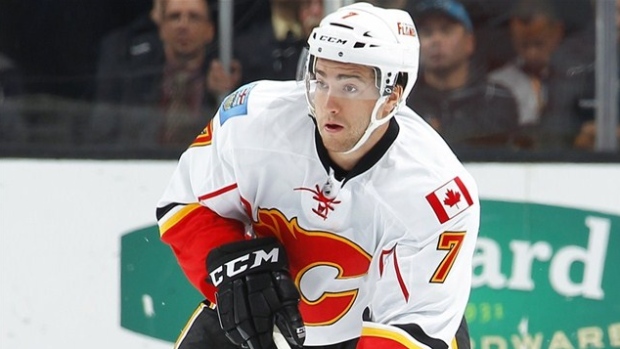 The deal is worth a total of $23.25 million. Brodie will be paid $3.9 million in the first year of the contract and $4.84 million in each of the remaining four seasons.

The 24-year-old has three goals and four assists in seven games this season for the Flames, as well as a plus-5 rating.

The Flames selected the Chatham, Ontario native with the 114th pick in the fourth round of the 2008 NHL Entry Draft.

Brodie made his NHL debut during the 2010-11 campaign and posted a career best four goals and 27 assists in 81 games last season.