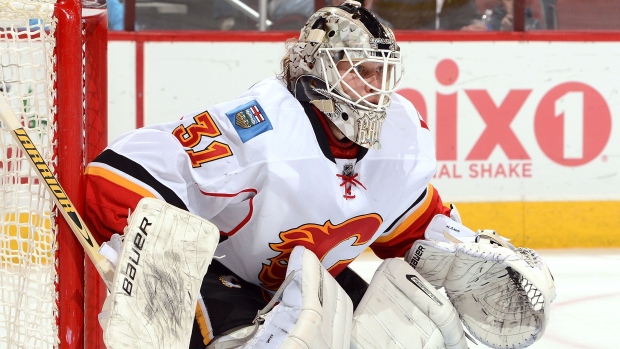 The Calgary Flames are changing things up for Game 2 of their second round matchup with the Anaheim Ducks.

Jonas Hiller is out and Karri Ramo is in for Calgary between the pipes.

The Flames were beaten fairly easily by the Ducks 6-1 in Game 1.