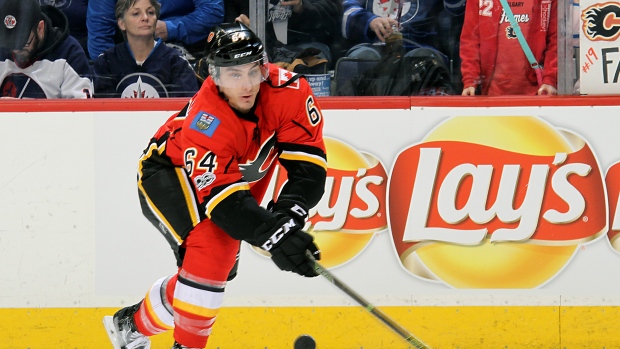 The Calgary Flames re-signed forward Garnet Hathaway to a one-year deal on Monday, just hours before the two sides were slated to meet for their arbitration hearing.

The deal is worth $850,000 and leaves the Flames with $4.5 million in cap space for this season with two restricted free agents left to sign in Noah Hanifin and Hunter Shinkaruk.

Hathaway appeared in a career-high 59 games with the Flames last season, posting four goals and 13 points.

The 26-year-old has dressed for a total of 99 games for the Flames over the past three seasons and has five goals and 21 points in his career.

Hathaway was signed by the Flames as an undrafted free agent in 2014 after spending four years at Brown University.