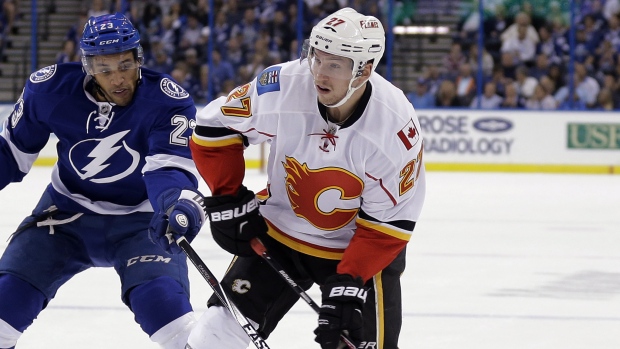 Vancouver, BC (SportsNetwork.com) - The Vancouver Canucks acquired forward Sven Baertschi from the Calgary Flames on Monday in a trade involving Pacific Division rivals.

The Flames received a second-round pick in 2015 for Baertschi, who was Calgary's first-round selection (13th overall) in the 2011 draft.

Baertschi, 22, has four assists in 15 games for the Flames this season. The Swiss winger has eight goals and 20 assists over 66 career games with Calgary.

Calgary is holding onto the last of three automatic postseason bids in the Pacific. The Flames are five points behind second-place Vancouver and also are tied with the Los Angeles Kings in the division.