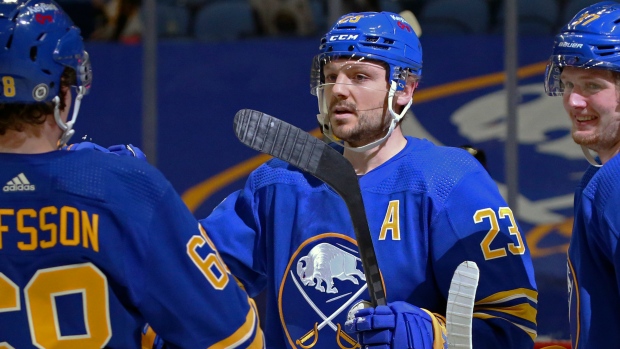 The Buffalo Sabres dealt forward Sam Reinhart to the Florida Panthers in exchange for goaltender Devon Levi and a first-round pick in the 2022 NHL Draft, the teams announced on Saturday.

We have acquired forward Sam Reinhart from the @buffalosabres in exchange for our first-round selection in the 2022 #NHLDraft and goaltender Devon Levi.

Reinhart, 25, played in 54 games for the Sabres during the regular season and matched his career-high with 25 goals. He also added 15 assists for a total of 40 points.

The deal ends a seven-year run for Reinhart in Buffalo after being selected No. 2 overall in the 2014 NHL Draft. Over those seven seasons, Reinhart has a total of 134 goals and 161 assists in 454 regular season games.