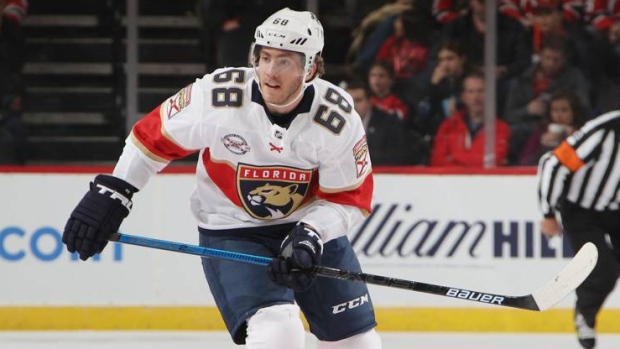 When the Ottawa Senators placed winger Mike Hoffman on the trade block two seasons ago, I figured the Edmonton Oilers would be the first team they called. Edmonton, in need of a serious speed and talent upgrade on the wings, appeared to be a logical landing spot.

The trade never materialized – perhaps in part because Edmonton (who finished with just 78 points that season) wasn’t a buyer at the deadline as a team in transition. Ottawa kept Hoffman through the trade deadline and moved him out when off-ice pressure mounted.

It’s rare that an impact player who has already been traded once comes available again, but in this case it’s convenient – we have a decent understanding of what the market may call for if a team approaches Florida for a trade this week.

Hoffman, of course, has been a bastion of consistent offensive production for six seasons now. His two seasons in Florida have been just as productive as his prior years in Ottawa – he’s averaged 33 goals per 82 games in Sunrise, playing alongside Vincent Trocheck, Frank Vatrano, and Aleksander Barkov.

That brings us to the Oilers. Edmonton knows two things: they need to upgrade their forward position talent on the wings, and they know that their division is ripe for the taking. (I would also say that fans are also relatively confident about in-division matchups against teams like Vancouver, Calgary and Arizona – and Vegas still have goaltending problems to figure out.) This is the gift and the curse of the NHL’s divisional playoff format: Edmonton may not be world beaters, but they’re playing well and are in a division where there just isn’t a lot of competition.

Hoffman is a well-established commodity at this point. He has elite, game-breaking speed and an impressively accurate shot. The only on-ice component that has precluded him from signing a bigger contract has been his off-puck defensive play, which has been spotty in both Ottawa and Florida. Either way, the tools in his toolbox have been huge assets for his teams since he entered the league: 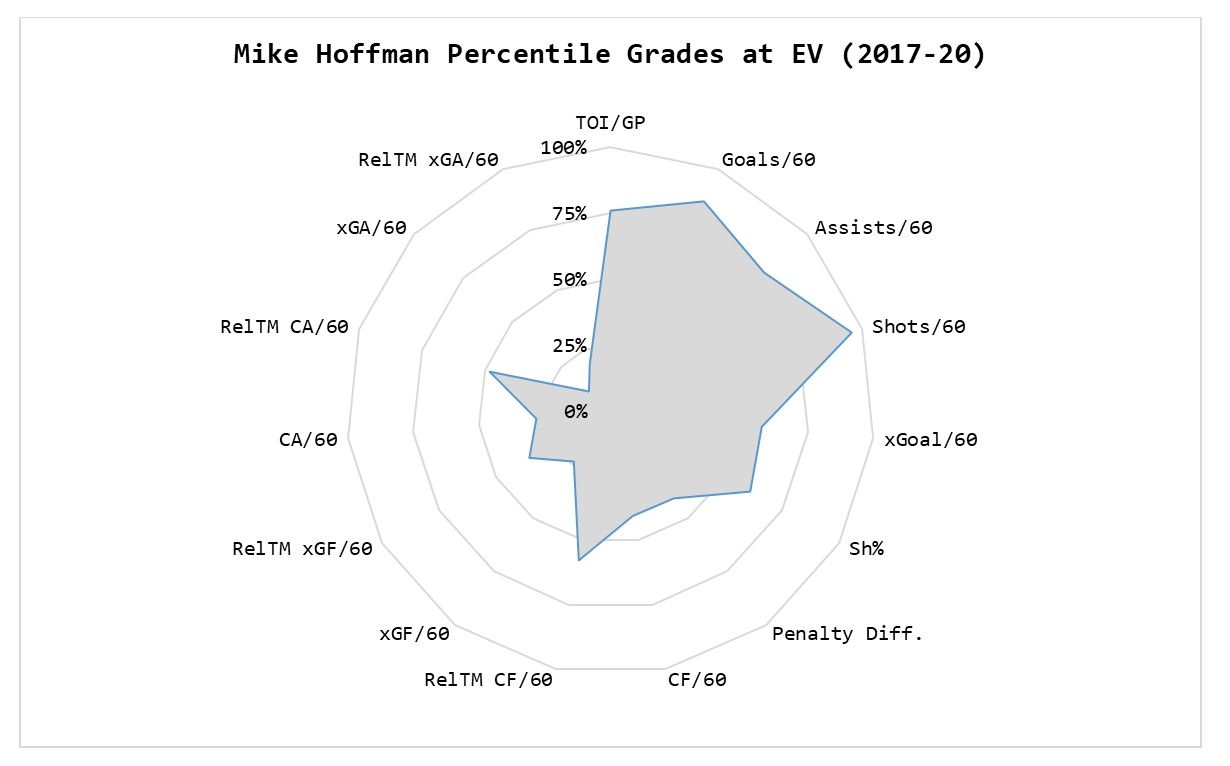 Hoffman’s teams have been leaky on the defensive side of the house but his individual offensive production is comfortably that of a first-line talent, and that talent is also valuable in game states like the power play. Adding his rocket skates and elite shot on the wing of one Connor McDavid is, again, simply too much to pass up.

If you have listened to the front office in Edmonton this season, you know that they are taking a patient approach. They know they have two superstars and are working on building out the rest of the roster – especially their blueline, which is teeming with capable prospects – through internal player development.

That’s perfectly fine, but Edmonton should look around at the competition and acknowledge they have a real window this season. Goal scorers like Hoffman don’t shake loose that often, and if Edmonton isn’t on his limited no trade list (or he’s willing to waive), the Oilers should seriously consider bringing him to Alberta.