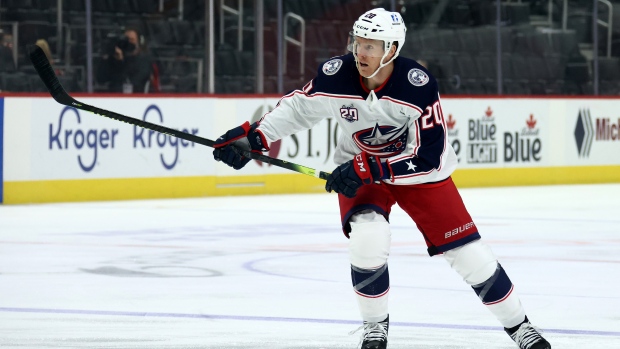 The 31-year-old Connauton is pointless over 13 games this season, his second with the Panthers. Over 334 career games in the NHL with the Dallas Stars, Columbus Blue Jackets, Arizona Coyotes, Colorado Avalanche and Panthers, the Edmonton native has 27 goals and 50 assists.

Nash, 32, is also pointless over 15 games this season with the Jets, his first season with the franchise. The Consort, Alta., native has 63 goals and 109 assists over 583 career games with the Carolina Hurricanes, Boston Bruins, Columbus Blue Jackets and Jet