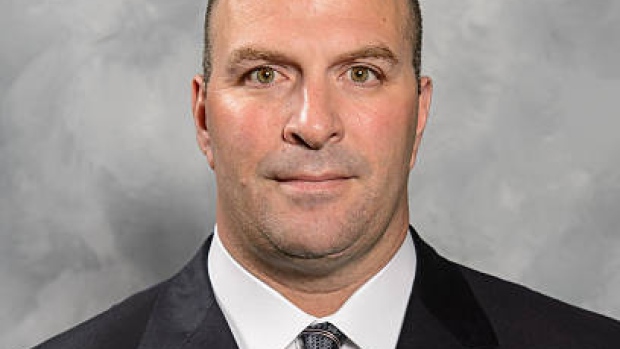 The Florida Panthers spent three weeks searching for a general manager, and it didn’t take long for them to suspect that Bill Zito was the best candidate.

The more they searched, the more convinced they got.

Zito was announced Tuesday as the new Panthers’ general manager, coming to Florida after seven years in the front office of the Columbus Blue Jackets — where he most recently was senior vice-president of hockey operations, associate general manager and alternate governor. He takes over in Florida for Dale Tallon, whose contract expired when the Panthers’ season ended last month.

Zito, 55, said he was “humbled and honoured” to take the job.

“I believe in this organization and I am incredibly proud to be a part of it,” Zito said. “Our team has great potential and I look forward to start working together in building something special in South Florida. I can’t wait to get to work.”

That much was clear: Zito and the Panthers completed the deal Monday, and Zito flew to South Florida early Tuesday.

Zito played college hockey at Yale, coached at Wisconsin while going to law school there, practiced law for a bit and then spent nearly two decades as an agent — building Acme World Sports into a top agency within hockey. He shifted to the Blue Jackets in 2013, was candidates for other GM jobs in recent years and served as general manager for USA Hockey’s bronze-medal-winning team at the 2018 IIHF World Championships.

“He’s the most well-rounded candidate that we came across,” Panthers President Matthew Caldwell, who led the search, told The Associated Press. “He’s very intelligent, went to Yale, played college hockey, built his own agency. He went to a great organization like Columbus, a smaller market where they’ve built a great fan base. He understands how to make a place a great destination for players to go to. That really jumped out at us.”

Tallon had been with Florida since May 17, 2010, coming in at a time when the Panthers were 10 years removed from what had been their most recent playoff appearance. They went to the first round of the playoffs twice in the decade that Tallon spent with the club, plus made the qualifying round this year, but haven’t won a playoff series since the franchise’s lone run to the Stanley Cup Final in 1996.

Florida was ousted from the NHL's restart bubble in Toronto on Aug. 7. The announcement that Tallon wouldn't return came Aug. 10, and Caldwell began interviewing candidates at 9 a.m. the next day — often talking to two a day before paring the list down.

Caldwell said he formally interviewed at least two dozen candidates, including former GMs, hockey analysts and those like Zito looking for the next step up the ladder. Panthers coach Joel Quenneville also was involved, Caldwell said.

“Bill is an excellent mind in our game today who proved during his time with the Columbus Blue Jackets that he possesses great prowess for evaluating talent and building success,” Panthers owner Vincent Viola said. “He brings great experience to our club and possesses a strong business acumen.”

What helped seal the deal for the Panthers was the recommendation that Zito got from Columbus GM Jarmo Kekalainen, who was so effusive in his praise that Caldwell got a bit concerned that he was overselling. But when Kekalainen — whose brother is a scout in the Panthers’ organization — convinced Caldwell that his recommendation was real, sealing it by revealing that Zito is a godfather to his children, Florida knew it was making the right call.