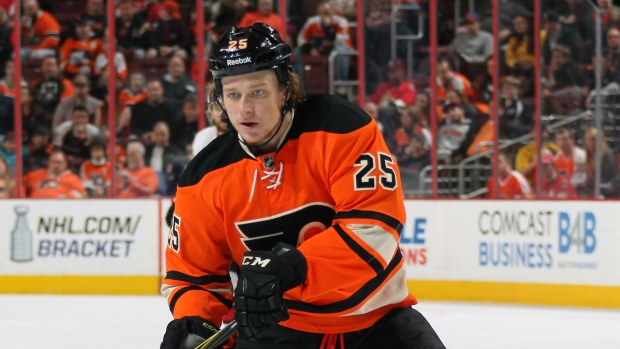 DETROIT - Philadelphia Flyers centre Ryan White has been ejected from a game against the Detroit Red Wings.

White was given a match penalty for using his right shoulder to hit Tomas Jurco in the head early in Sunday night's game.

White may face additional discipline from the NHL as a repeat offender. While playing for the Montreal Canadiens in 2013, White was suspended for five games by the league for an illegal check.

White's penalty put the Red Wings on the power play for five minutes, but they failed to take advantage.