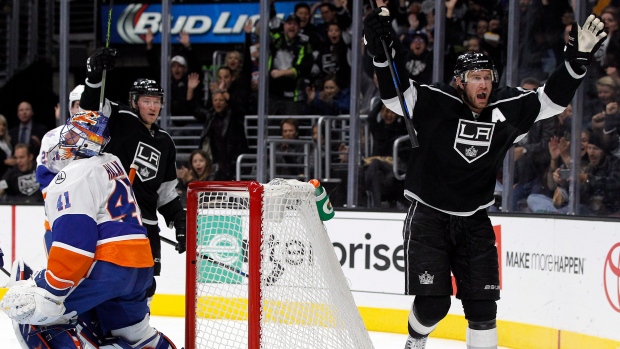 Last week, Seth Partnow of Vice Sports wrote an interesting piece about the limitations of sports analytics. The focus is predominantly on basketball – a sport where analytics are as much a staple as the hardwood floors.

The NBA, of course, has undergone something of an analytical revolution in the past decade. For example, progressive organizations have started to properly value the three-point shot, something that’s been a part of the game since 1979. Teams like the Golden State Warriors (who, at last check-in, are unbeatable) have become renowned for their ability to score from the perimeter. They will trade three-pointers for two-pointers every day of the week, burying their opposition through a deadly combination of scoring efficiency and volume.

There is a legitimate question as to when the value of the shot will be fully saturated, or even oversaturated. Defences are going to continue to calibrate against the threat they face. As more teams shy away from mid-range play and towards perimeter shooting, defences will flex out accordingly.

And, what about all of the spending implications inside front offices? There is a finite pool of perimeter shooting talent available to teams each year. At some point, the spending on said players will exceed actual value. Seth argued that this exact kind of chase has led to unforeseen problems for franchises like the Houston Rockets and Philadelphia 76ers, both of whom have “forgotten that three-pointers and shots at the rim are indicators of good offence, not necessarily good offence in and of themselves.”

That brings us to the sport of hockey, an area Seth briefly touched on in the middle of his piece. As you might have guessed, Seth’s three-pointer concerns sound a lot like his Corsi% concerns:

“Along the same lines, hockey analysts have determined that shot attempts are more predictive of future scoring margins than past scoring margins. Players whose time ice correlates with positive shot differential (as measured on metrics such as Corsi and Fenwick, named after their creators) thus have more value than traditional point totals might suggest. That is, at least until teams start playing to the metric, focusing on taking as many shots as possible rather than trying to score goals.

Seth and I briefly interacted about this paragraph and his article in general. I’ll spare my basketball thoughts for another time, but I did want to speak to the parts I think are objectionable as they pertain to hockey.

Seth’s primary concern, again, is that teams are taking a measure (in basketball, a three-point shot; in hockey, a shot attempt) and making it a target. By extension of that, teams are losing sight of the end-goal, which is scoring. We can reasonably conclude from this that Seth’s concerns are two-fold: (1) On the ice, teams may look to game Corsi% by shooting from anywhere/everywhere; (2) Off the ice, teams may look to sign only players with favourable shot differentials, not dissimilar to the concern that NBA teams are overvaluing certain talent buckets of three-point shooters.

To Seth’s first point: there is a colossal difference between what’s observed in the NBA and what’s observed in the NHL. Teams are shooting three-pointers at volume in the NBA because they believe the points that shot will create (value of shot x probability of successful shot, which is driven by shooter talent and opposing defensive talent) are beneficial to the team. Dunks are valuable because the shots have very high probability due to proximity. Threes are valuable because the shots have fair probability and are worth 1.5 times as much. Mid-range shots – those that are some distance from the bucket and yet not worth additional points – have become understandably devalued.

There is no award for taking shots from distance in the NHL. A goal scored from 10 feet out is the same as a goal from 30 feet out. In the NHL, most goals are scored near the front of the net. And, a team’s objective is to score goals, not log shots. Thus, both individual players and the collective teams are incentivized to shoot from as close in as humanly possible – a far cry from what’s observed in shot valuation in the NBA. Those who play for shot differential and shot differential alone will generally perform poorly, which is exactly why a team metric like Corsi% will remain a great descriptor of talent. It’s not a target, but a measure.

Another major concern is an obvious one: in the NBA, possessions change after each made basket or missed shot, and have to take some semblance of a shot within 24 seconds. The incentive is to find the best possible shot in a 24-second window, then reset to play defence.

In the NHL, the incentive is to find the best possible shot under no time constraint, which has quite a trickle-down effect. The more a team shoots at the net, the more likely they are to score goals. By extension of this puck possession, their opponent loses chances at scoring goals.

So while the Golden State Warriors might be indomitable by way of elite offensive talents taking the highest expected value shots, a team like the Los Angeles Kings can do it by way of a pure volume play. The Kings have never exhibited elite shooting talent, nor have they ever exhibited elite goaltending talent. What they have shown is an incredible ability at possessing the puck, and by extension, dominating shot differentials. Since 2011, they have had 3,548 net shot attempts and 1,216 net scoring chances. In that absurd advantage are an awful lot of goals, and two Stanley Cups.

I’d like to point out that Seth’s other concern – that some teams may struggle with foundational understanding of the current state of hockey analytics, and consequently, may err in data-driven decision making – has a bit more validity. Perhaps the biggest challenge facing any executive right now is understanding what’s important and, perhaps more specifically, understanding what is not.

It is well within reason that teams are going to start playing possession-driving players more, relative to what was observable in years past. It’s also hypothetically possible that some NHL front offices will overpay some of these players – again, where spending exceeds the actual value a player brings to a team.

But, whether a player is an elite shot-differential driver or an elite shooter, the question remains the same: How many incremental wins can this player add to my lineup, and how much is that worth?

Hockey analytics are still in their infancy, but it’s all but certain that another wave of minds will be hired by teams in the coming months. The value of just one capable full-time employee will add to a team will likely pay itself out 10 or 20 times over.  Some teams already have dedicated departments, and it’s almost always for the same reason: they know the work that’s out there, they know the value in many of the predictive metrics that have been furnished in the blogosphere by hobbyists, and they know it can add real value to their organization.

To the other teams: What are you waiting for?