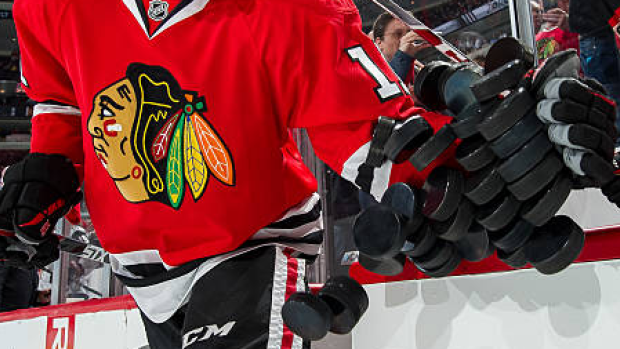 The lawyer for a former Chicago Blackhawks player who has alleged he was sexually assaulted by a former team video coach says the player will not cooperate with a team-financed investigation.

“The Blackhawks have been lying all along, denying in court documents that this sexual misconduct even took place, so why would we have any faith now in an investigation that has been paid for by the Blackhawks?” attorney Susan Loggans told TSN in an interview on Friday. “Also, there is no assurance from anyone, not at the Blackhawks and not at the NHL, that the results of the team’s investigation will be made public.

“Why would we bother to participate in an investigation that may ultimately be buried and hidden from public view?"

In May, a one-time Blackhawks player who is identified in court documents as John Doe 1 filed a lawsuit against the NHL team that alleged former team video coach Brad Aldrich sexually assaulted him and a teammate during the 2009-10 season. After the team's sports psychologist James Gary told the player he was to blame for the incident, Blackhawks management then covered up the assaults, the player alleged.

While the Blackhawks wrote in a court filing that a team investigation concluded the allegations were meritless, the player’s account of a cover-up was corroborated by former Blackhawks skills coach Paul Vincent, who told TSN in an interview that he met with team management in San Jose during the 2010 Stanley Cup Western Conference final and asked that they report the alleged crimes to police.

Loggans said she was originally willing to allow her client to be interviewed by attorneys with Jenner & Block, a Chicago law firm hired by the Blackhawks to conduct a purportedly independent investigation.

Loggans said she proposed that she would allow her client, the former Blackhawks player, to be interviewed so long as Jenner & Block ensured that she would also have the ability to interview Blackhawks executives including general manager Stan Bowman, vice president of hockey operations Al MacIsaac, team sport psychologist James Gary and former team president John McDonough. Loggans said her proposal was rejected.

A Blackhawks spokesman did not respond to a request for comment.

After Aldrich left the Blackhawks during the summer of 2010, the Blackhawks gave him a job reference, a second lawsuit against the NHL team alleges. That lawsuit was also filed in May by the family of a former high school hockey player in Michigan who Aldrich was convicted of sexually assaulting in 2013.

After he left the Blackhawks, Aldrich also worked as director of hockey operations with Miami University in Ohio. During his four-month tenure at that school, two adults filed complaints of sexual misconduct against Aldrich, the school confirmed on Friday.

“A second adult alleged victim came forward in 2018 and filed a police report with Miami University Police about an assault that occurred off-campus in 2012. That report was forwarded to the Oxford Police Department.”

Also on Friday, Julie Ann Rivers-Cochran, chief executive of The Army of Survivors, a Michigan-based advocacy group started by survivors of the sexual predator Larry Nassar, called on the U.S. Olympic Committee and USA Hockey to commission their own independent investigation into Bowman, who is also general manager of the U.S. Olympic men’s hockey team.

“In good conscience, the right thing for [Bowman] to do is step down or step aside unless and until he is cleared by the governing body’s independent investigation,” Rivers-Cochran said in a phone interview. “Organizations like USA Hockey and the USOC should take the time and effort to do their own investigations independent of the team. That is the way to create more trust with the public.”

Spokesmen for the USOC and USA Hockey did not respond to emails requesting comment.