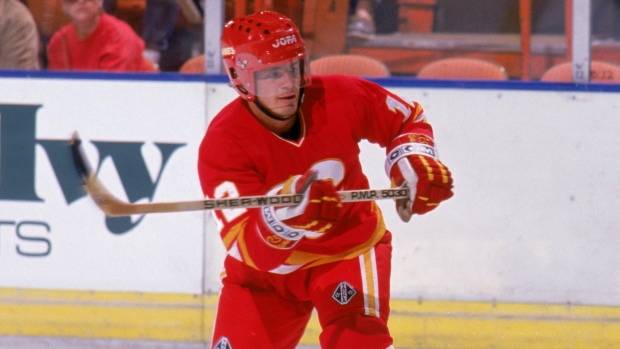 The 57-year-old from Visby, Sweden, helped Calgary win its lone Stanley Cup in 1989. Loob had eight goals and nine assists in those playoffs.

"We want to grow our presence in Europe,'' Flames general manager Brad Treliving said Monday in a statement.

"It's an area we want to expand. Hakan has a great eye for talent, he's familiar with Europe and he's a worker. This isn't just because Hakan was a great Flame. He's so well connected over there. Hakan Loob walks into a room and he's well known and well respected."

Loob compiled 193 goals and 236 assists in 450 games for the Flames between 1983 to 1989. He scored 50 goals in 1987-88. He assisted on Lanny McDonald's series-clinching goal against the Montreal Canadiens in the Stanley Cup final.

A two-time world championship winner with Sweden, he was inducted into the International Ice Hockey Hall of Fame in 1998.

After the Stanley Cup win, Loob returned to Sweden to play for Farjestads BK until 1996 when he took over as the team's general manager for the next 11 seasons. The club won four championships during that span.

He was promoted to team president in 2008 and stepped down from that post in January 2017.