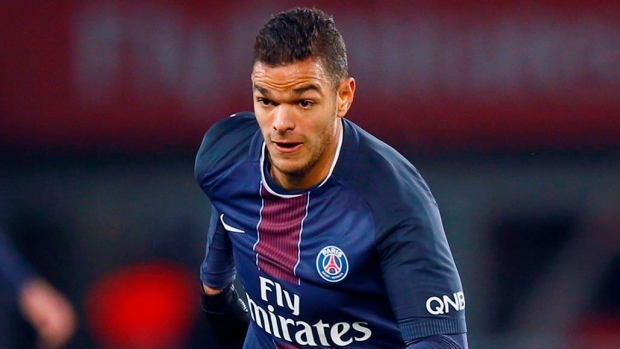 Sometimes referred to as the French Lionel Messi, Hatem Ben Arfa has been signed by another great of the game.

The former France international extended his much travelled and turbulent career on Tuesday by signing a contract with Valladolid, the Spanish soccer club whose main shareholder is former Brazil striker Ronaldo.

At 32, Ben Arfa was out of contract after leaving French club Rennes. The attacking midfielder has signed a deal until the end of the season in a bid to help his new team avoid relegation from the Spanish league.

Valladolid announced the transfer by posting a picture of Ben Arfa shaking hands with Ronaldo, who took over at Valladolid in September 2018.

Ben Arfa will play in a third different league and at an eighth club after stints at Lyon, Newcastle, Hull, Marseille, Nice, Paris Saint-Germain and Rennes.

Valladolid, which sits 16th in the Spanish standings, said Ben Arfa will start training with his new teammates on Wednesday.

Once regarded as France's most gifted player, Ben Arfa did not live up to the huge expectations he raised with his exceptional pace and dribbling abilities when he played with Lyon, the club where he was nurtured.

A member of “Generation 87,” a group of promising players born in 1987 that included Karim Benzema and Samir Nasri, Ben Arfa struggled after he left Lyon in 2008. Following two seasons in Marseille, he joined Newcastle, where a hard tackle from Manchester City midfielder Nigel De Jong left him with a leg broken in two places. He was sidelined for almost a year.

After bouncing back with Nice, Ben Arfa landed a dream job when he was signed by PSG but the experience quickly turned sour. Ben Arfa was sidelined during his final year in Paris because of disputes with club officials, and left for Rennes, where he scored nine goals last season.