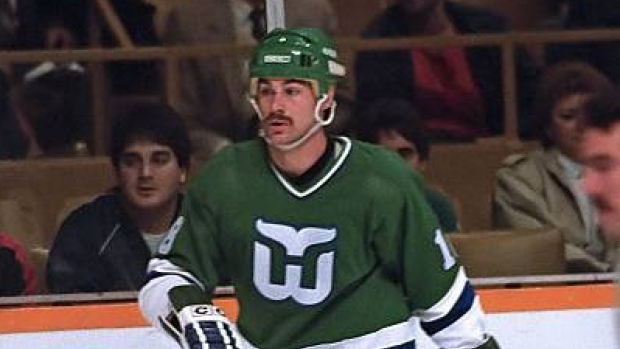 Former NHL defenceman Scot Kleinendorst died early Tuesday morning at the age of 59 from injuries sustained in an industrial accident in his native Minnesota.

The player's family and the NHL Alumni Association announced the death of the former blueliner, who played for the New York Rangers, Hartford Whalers and Washington Capitals from 1982-90.

According to a police report, Kleinendorst was involved in a workplace accident on Dec. 7 at the UPM Blandin paper mill in Grand Rapids, Minnesota. He had been employed at the company for 25 years.

“Our deepest sympathies, thoughts and prayers are with his family and friends during this very difficult time. We are all completely devastated by this tragic loss,” Scott Juidici, the general manager at UPM Blandin said.

"Despite the heroic and painstaking efforts of all the medical staff at Essentia (Healthcare facility), Scot’s injuries were simply too devastating to come back from," his family said in a posted statement.

"Anyone who knows Scot knows he is a tough, proud, loving, self-sacrificing and no-nonsense kind of guy. He was fearless in so many ways and cared more about everyone else than he did himself," the post added.

Kleinendorst was selected by the Rangers in the fifth round of the 1980 Draft. He has 12 goals and 46 assists with 452 penalty minutes in 281 career games.