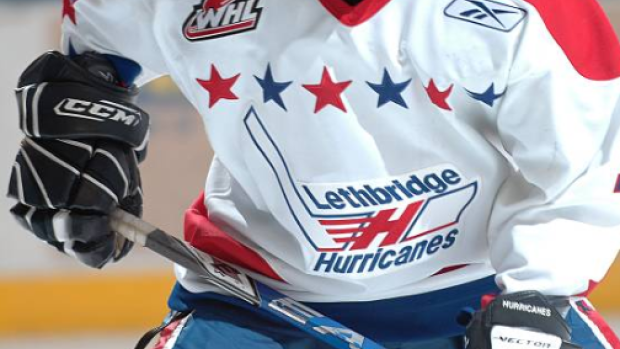 Members of the 2008-09 Lethbridge Hurricanes say their "team became an extended family" over the course of that season despite abuse allegations made by a former teammate.

Twenty-six players from the '08-09 roster signed a letter to the editor that was published Wednesday in the Lethbridge Herald in response to a class action lawsuit filed June 18 against the Canadian Hockey League by former teammate Garrett Taylor and former NHLer Daniel Carcillo.

The statement of claim filed with the Ontario Superior Court of Justice "is on behalf of children aged 15-17 who were sexually and physically assaulted, hazed and otherwise abused while away from home and playing for CHL teams."

The lawsuit seeks damages for negligence, breach of fiduciary duty, breach of contract, and a declaration that the teams and the leagues are vicariously liable for abuse perpetrated by their employees and players.

Taylor and Carcillo, who played in the Ontario Hockey League from 2002-05, both allege they suffered abuse playing junior, leaving them "permanently traumatized."

None of the allegations have been proven in court. The CHL has declined to comment.

The letter from Taylor's former teammates says "the team culture developed by our 2008-09 coaching staff was based on work ethic, dedication and the highest level of professionalism."

"As players who were present during the Hurricanes 2008-09 season, we are taking these allegations very seriously. It is very upsetting for us to hear that one of our teammates had such negative experiences during that time period.

"None of us can say that we were aware of absolutely everything that happened to every player on our team during their time with the Hurricanes. However, after thorough reviews and discussions among ourselves over the past few days, we can all unequivocally state that we were all treated with great respect and professionalism throughout that year and throughout all our years with the coaching staff of the Hurricanes."

Taylor played 79 career WHL games, 45 in 2008-09 with the Hurricanes and two more the following season, before finishing his major junior career with the Prince Albert Raiders in 2009-10.

Michael Dyck was in his third and final season as head coach of the Hurricanes in '08-09. He has been head coach of the WHL's Vancouver Giants since 2018. Rich Preston took over for '09-10 and spent four seasons in charge.

The letter goes on to praise the team's coaching staff.

"The qualities we developed during our time with the Hurricanes have helped shape us into the people we are today and we hope that our children can someday have the same experiences we did growing up playing junior hockey in Lethbridge."

This report by The Canadian Press was first published on June 24, 2020.