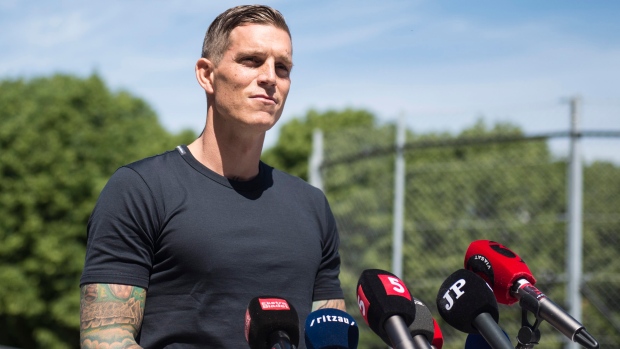 COPENHAGEN — Denmark captain and former Liverpool defender Daniel Agger says he is ending his career at the age of 31.

Agger says at a news conference on Thursday, "It has been tough (decision) but I am pulling the plug."

He returned to Brondby in 2014 after eight seasons at Liverpool, which granted his transfer on compassionate grounds. Agger, plagued by injuries, said he was no longer able to play up to Premier League standard, but later said he also felt under-used by manager Brendan Rodgers.

His contract with Brondby just finished, Agger announced his retirement at his childhood club, fifth-tier Rosenhoj in the Copenhagen suburb of Hvidovre.