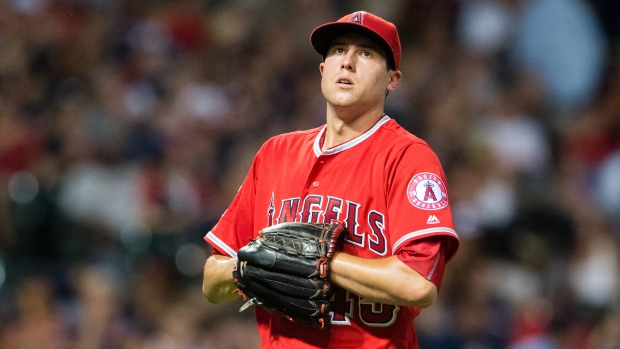 A former employee of the Los Angeles Angels was indicted by a federal grand jury in Texas on Friday over the 2019 death of pitcher Tyler Skaggs.

Eric Kay was indicted on two counts of distributing the fentanyl that led to Skaggs's death by accidental overdose.

“On or about June 30, 2019 … Eric Prescott Kay, the defendant, did knowingly and intentionally distribute a mixture and substance containing a detectable amount of fentanyl, a Schedule II controlled substance, and the use of said substance resulted in the death and serious bodily injury of [Skaggs],” the indictment said.

Kay, who had been employed by the Angels for 24 years, was arrested in August. Friday was the deadline to deliver an indictment.

Skaggs, 27, was found dead in a Southlake, TX hotel room on July 1, 2019 ahead of a three-game series with the Texas Rangers. A toxicology report found fentanyl, oxycodone and alcohol in his system.

In an affidavit supporting a criminal complaint against Kay, text messages revealed that Skaggs had approached Kay for pills on June 30.

“It was later determined that but for the fentanyl in [Skaggs’] system, [he] would not have died,” DEA agent Geoffrey Lindenberg wrote in the affidavit.

The affidavit also alleged that Kay had provided Skaggs with opioids in the past, as well as to other members of the organization.

Kay had worked in the Angels' public relations department. He was placed on leave shortly after Skaggs's death and never returned to the team.

A first-round pick in 2009, Skaggs was in his seventh big-league season at the time of his death.