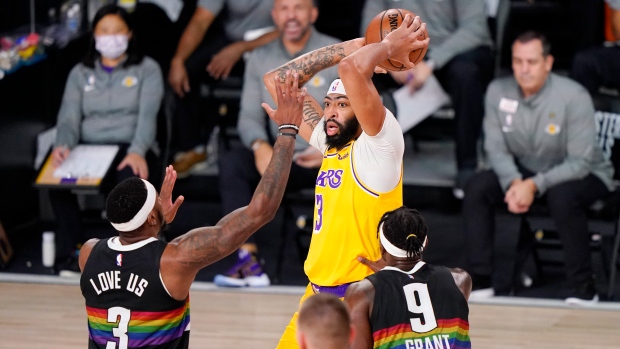 Davis finished the game, leading Los Angeles in scoring with 34 points as they rebounded from a Game 3 loss. L.A. can advance to the NBA Finals Saturday night with a victory over Jamal Murray and the Denver Nuggets.

The 27-year-old Davis has been one of the Lakers best performers in the postseason bubble, averaging 28.9 points, 9.6 rebounds and 3.6 assists over 14 games, including hitting a game-winning three-pointer at the buzzer in Game 2 of the Western Conference Finals.