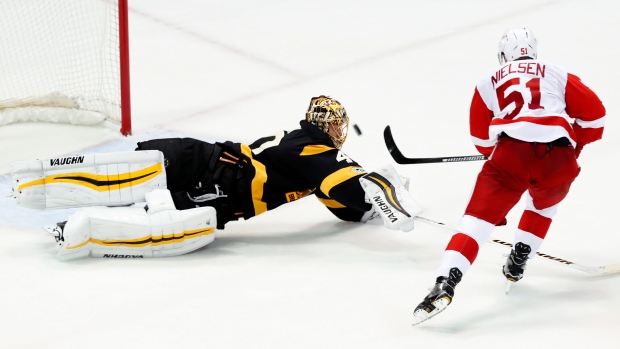 Frans Nielsen's hockey career is over.

The veteran of 925 NHL games has officially retired following Denmark's exit from the IIHF World Hockey Championship. Nielsen, 38, had previously announced his decision to retire earlier in the month.

A native of Herning, Nielsen spent 15 seasons in the NHL with the New York Islanders and Detroit Red Wings from 2006 to 2021. Nielsen was the first ever Danish citizen to play in the NHL.

Originally taken in the third round of the 2002 NHL Entry Draft, Nielsen was named an All-Star in 2017.

He finished his NHL career with 167 goals and 306 assists.

Internationally, Nielsen represented Denmark on a number of occasions, including at the 2022 Beijing Winter Olympics. Nielsen won a silver medal as a member of Team Europe at the 2016 World Cup of Hockey.

Denmark was officially eliminated from this year's worlds with a 7-1 loss to Slovenia earlier on Tuesday.