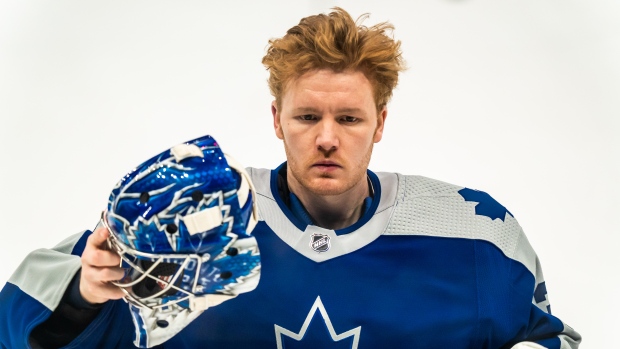 Toronto Maple Leafs head coach Sheldon Keefe told reporters that Frederik Andersen did not serve as the backup goaltender Saturday night against the Calgary Flames because of a lower-body injury.

Jack Campbell started while Michael Hutchinson was recalled on an emergency basis before the game and served as the backup.

Campbell, who was making just his second start since Jan. 24 because of a leg injury, stopped all 31 of the shots he faced as Toronto picked up a much-needed 2-0 victory at Scotiabank Arena.

Keefe added that Andersen's injury was something he had previously been dealing with. He missed four games due to the injury in late February and early March. He is 2-5-0 with an .876 save percentage since returning to the lineup on March 3.

The Maple Leafs will be back in action on Thursday as they take on the Ottawa Senators. As for who may start in net, Keefe said it depends on how things progress.

"We've got to just, really, with all our goaltenders, see how they are, Jack [Campbell] included. Fred, for example, wasn't available tonight to back-up for us so we're going to have to monitor his situation. Jack, of course, we know what he's been through here so there may not be a decision to be made. The goalies, themselves, based on their health, that may determine it for us."