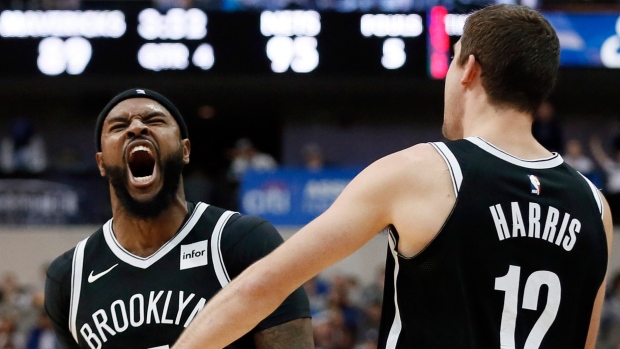 Journeyman forward Trevor Booker says his time with the Washington Wizards was fun, but 'so unprofessional.'

The 31-year-old free agent appeared on an episode of Alex Kennedy's HoopsHype podcast and recalled his time with the team during his first four seasons in the NBA.

“It was the most terrible team that I’ve probably been on, but it was probably the most fun I’ve ever had in the NBA,” Booker said of the team he played on from 2010 to 2014. “Because those guys didn’t care at all, you know?"

A bad team on the court, Booker says that things weren't much better off the court, either.

"I would come into the locker room the day of a game and watch one player cut up the suit of another player," Booker told Kennedy. "One guy took a s--- in another guy’s shoe. Oh my goodness, I have stories for days. We would go on the road and we would break into each other’s room and beat a player up, tie him up. There’s so many stories I got from those Washington days. It was so much fun, but looking back on it, oh my goodness. It was so unprofessional."

A product of Clemson, Booker said he didn't realize how crazy things were with the Wizards until he signed with the Utah Jazz in the summer of 2014.

"But, you know, as soon as I went to Utah, I was like, ‘Wow, this is way different,'" Booker said. "This is way more professional, and I really like this a lot more. There’s a lot more structure, and you know, it’s family-oriented...I went to other organizations and I realized that what I had in Washington, it was not normal at all."

Looking back on his Wizards tenure now, Booker says he's just happy he made it out intact.

"I’m just glad I got out alive," Booker said.

A native of Newberry, SC, Booker played in 532 games over eight seasons with the Wizards, Jazz, Brooklyn Nets, Philadelphia 76ers and Indiana Pacers. He last played during the 2017-18 season.