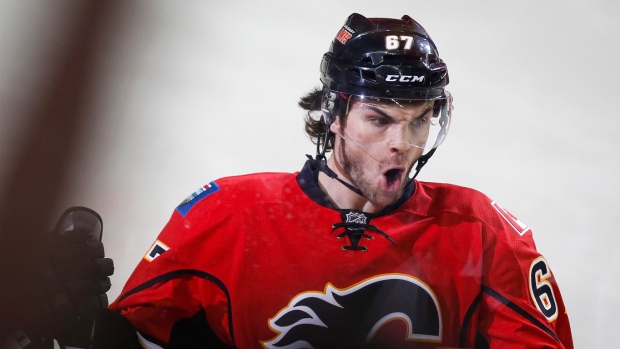 Calgary Flames forward Michael Frolik will return to the lineup Tuesday against the Vegas Golden Knights after missing the last 12 games with a jaw injury, the team announced Monday.

"He'll be a game player tomorrow," head coach Glen Gulutzan told reporters following his team's practice on Monday afternoon. "We've passed most of the checkmarks that the docs needed us to go through as far as the healing of the jaw and stuff so you can expect Fro in tomorrow."

Frolik was out with a broken jaw after being hit with a shot from Brent Burns of the San Jose Sharks on Dec. 28. In 37 games so far this season, Frolik has seven goals and eight assists.

"I'm definitely excited, it's never fun for a player to be injured," Frolik said. "It's obviously never easy to [spend] a month away from the game but I think I had a few good practices. [I'll] just try to keep it simple at the start, I think, keep it short shifts; keep it short and keep it simple and go out there and try to bring a little bit more energy and hopefully it's going to be good."

Gulutzan said the Flames will monitor his minutes but expect to slide him in alongside Matthew Tkachuk and Mikael Backlund.

The Flames (25-16-8) have lost four straight heading into the break.