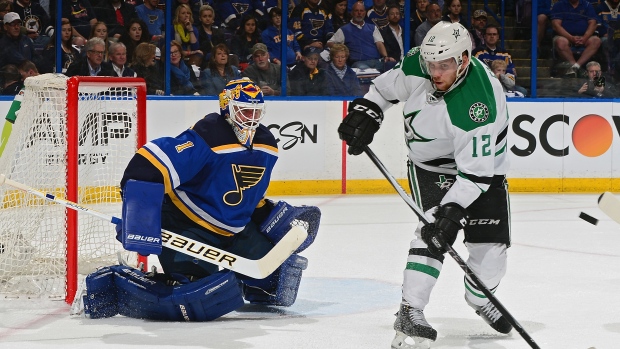 DALLAS - Brian Elliott will start in goal for the St. Louis Blues in Game 7 of the Western Conference finals against the Dallas Stars on Wednesday night.

Coach Ken Hitchcock held off naming a starter until after the morning skate, several hours ahead of the pivotal game.

Jake Allen relieved Elliott in Game 6 after the Stars scored three goals on seven shots. Before that, Elliott had been in goal the entire post-season for St. Louis, seeking its first trip to the conference finals since 2001.

Hitchcock said it was a "no brainer" after he spoke with Elliott and the goalie showed up at the rink Tuesday ready to see some pucks. Hitchcock said Elliott earned the right to start.