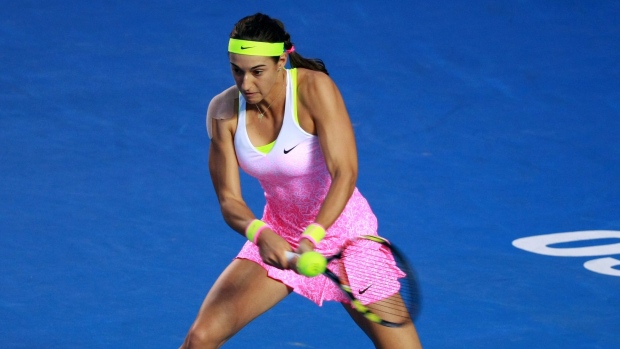 The third-seeded Garcia broke Ivanovic's serve twice in the opening set and twice more in the second en route to a surprisingly easy 6-1, 6-4 win to advance to Sunday's championship match. The 21-year-old French native needed just 54 minutes to dispose of the 2008 French Open titlist.

Bacsinszky, coming off a title in Acapulco last week, dominated the first set and outlasted Errani in a third-set tiebreaker to prevail 6-0, 4-6, 7-6 (7-3) on the hardcourts of the Sierra Madre Tennis Club.

Sunday's final features a rematch of the Acapulco championship match, in which Bacsinszky posted a 6-3, 6-0 victory over Garcia to earn her second career WTA title.

Garcia owns one career title on the tour, which came in Bogota last year.