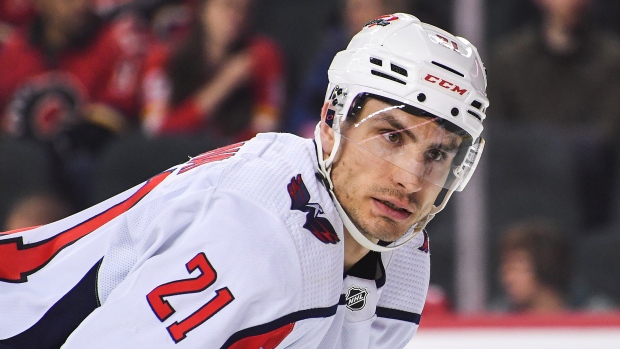 Washington Capitals forward Garnet Hathaway has been fined $2,000 for diving in an attempt to draw a penalty, the National Hockey League announced on Thursday.

The incident occurred in the third period against the Carolina Hurricanes on March 18. Hurricanes forward Vincent Trocheck was assessed a minor penalty for interference on the play.

Hathaway, 30, was previously issued a warning for embellishment after an incident against the New York Rangers on Feb. 24.

The Kennebunkport, Maine, native has 10 goals and 11 assists in 60 games this season.