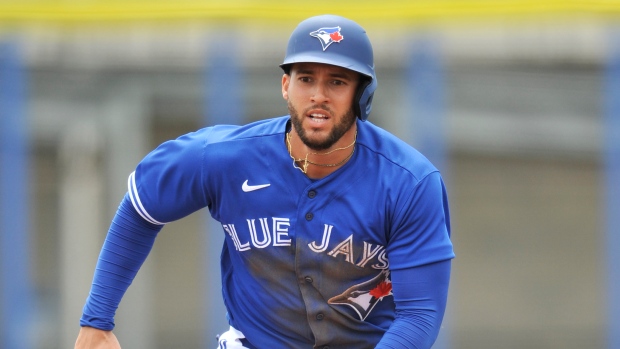 Toronto Blue Jays outfielder George Springer is still up in the air for Opening Day according to manager Charlie Montoyo.

George Springer had a followup MRI today on his oblique to see if the inflammation had subsided, according to Charlie Montoyo.

Results aren’t back yet and his opening day status is still up in the air.#BlueJays

He had a follow-up MRI on his Grade 2 oblique strain to see if the inflammation  had subsided but the results have not yet been returned.

"His symptoms and all of his baseball movements and patterns are incredibly encouraging," Atkins said at the time of the injury. "We're extremely optimistic about his strength, about his range of motion, especially his rotational movement (and feel) that he could be playing baseball very soon.

Springer has appeared in 10 spring games for the Jays this season, hitting .240 with one home run and two RBI.

The Blue Jays will open the 2021 season in New York against the Yankees on Thursday.