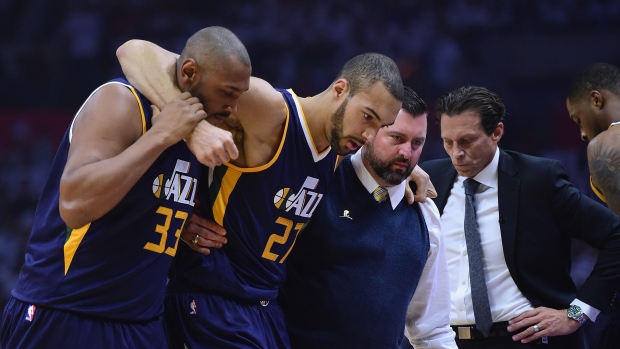 LOS ANGELES — Utah centre Rudy Gobert has been diagnosed with a left knee hyperextension and bone contusion after his collision 17 seconds into the Jazz's playoff opener against the Los Angeles Clippers.

The team says he will continue to be re-evaluated. No timetable for his return was given.

Gobert was taken from Staples Center on Saturday night for an MRI, which revealed no ligament damage. Initial X-rays also were negative.

He knocked knees with Luc Mbah a Moute on the first possession of the game, which the Jazz won 97-95.

Game 2 is Tuesday at Staples Center.