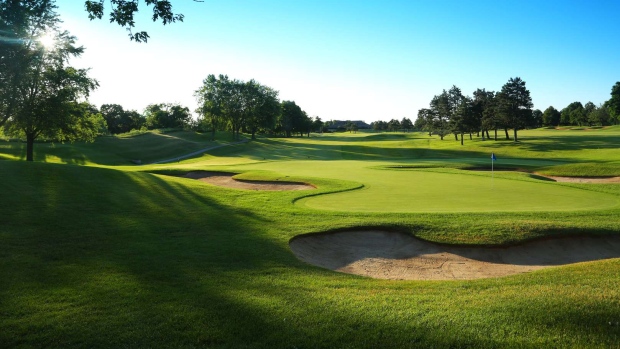 Should you golf or stay at home? That appears to be a question for a lot of players as the weather warms up in different parts of the country.

Typically, this is the time of year when many courses open and players shake off the winter rust. Of course this is no ordinary year.

On one hand, golf would seem to be an activity that, with the right precautions, could be played without fears of spreading the coronavirus. On the other, it’s far from risk-free. Maintaining the required distance – two metres (six feet) from those around you – can be tricky, even on a wide-open course.

"If we can’t get people to fix their ball marks, do you think we can get them to stay six feet apart over four hours?" asked one golf association official.

Last week, Golf Canada’s chief executive officer, Laurence Applebaum issued an appeal for golfers to keep their clubs in the garage and stay home until the pandemic is under control.

"I think it’s really a normal thought to see golf as a great activity with regards to some of the social distancing guidelines that were given, but I would give further thought to the fact that it’s a lot more interactive than you may think at the outset," Applebaum told The Canadian Press. "Everyone has to do their duty to not come into contact with others."

In some parts of the country, the decision has been taken out of the hands of players. Quebec, New Brunswick and Nova Scotia ordered golf courses closed as part of a restriction on all recreation facilities.

In Ontario, the government has closed all non-essential businesses, which includes golf courses.

Mike Kelly, Golf Ontario’s executive director, said very few courses in the province had started their season but the new rules mean lots of questions as they wait for the opportunity to open.

Kelly also said that his office is attempting to re-organize the competition schedule for events such as provincial amateur championships, but without knowing when the season will start, it’s proving next to impossible. Still, he remained optimistic.

"We can push things into the fall, which we’ve never done before, but these are unusual times," he stated.

In Alberta and B.C., it’s a different story. Many courses are open and golf is being played. Operators need the revenue from players to pay the bills.

But pressure is building on those locations to close, too. On Monday, the British Columbia Golf Association sent a letter to the provincial health office asking it to order facilities to close for play. In the letter, the association stressed it was an extreme but necessary request.

"While we do not take this decision lightly whatsoever," the letter stated, "we realize that in the best interest of all golfers, their families and loved ones, staying away from golf facilities in order to do our part to ‘flatten the curve’ is the most responsible and prudent thing to do."

B.C.'s provincial government has not yet responded to the association’s appeal and for many courses it’s business as usual.

Most that are open for play have taken precautions to limit touch points. Those include everything from removing bunker rakes and not allowing power carts, to eliminating food service and closing the clubhouse. Even sharing of tees is being discouraged. But that still wasn’t enough to eliminate the risk for some.

"I was watching reports on television showing people out golfing and very clearly not keeping the six feet of distance," said Kris Jonasson, the association’s CEO. "We’re asking for closure of all play on golf courses. Maintenance on courses would be allowed as long as crews follow proper procedures."

Jonasson said since the letter was made public, he’s had lots of feedback from industry stakeholders, with a mixed bag of opinions.

"I’ve taken a lot of angry calls from course owners as well as golfers. But also a lot of good comments, too."

Not all the news is bleak however. In Prince Edward Island, where the golf season doesn’t typically begin until late May, golf vacation reservations are on track to surpass last year’s numbers. Most were made before the COVID-19 pandemic took hold but so far, there’s only been one cancellation.