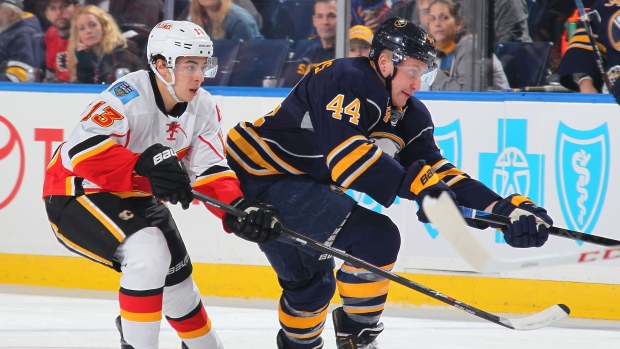 A pair of Atlantic Division foes completed a trade on Wednesday, just hours before the opening of the National Hockey League season.

The Montreal Canadiens acquired forward Nicolas Deslauriers from the Buffalo Sabres in exchange for defenceman Zach Redmond. The Sabres announced that Redmond would report to their American Hockey League affiliate Rochester Americans, while Deslauriers heads to the Laval Rocket.

Deslauriers, 26, was taken in the third round of the 2009 NHL Entry Draft out of the Quebec Major Junior Hockey League's Rouyn-Noranda Huskies by the Los Angeles Kings.

The native of LaSalle, Que., has appeared in 211 career games over four seasons, all with the Sabres, tallying 12 goals and 18 assists.

A native of Traverse City, Mich., Redmond was a seventh-round selection in 2008 by the Atlanta Thrashers out of the Sioux Falls Stampede of the United States Hockey League.

Redmond, 29, has appeared in 130 career NHL games with the Winnipeg Jets, Colorado Avalanche and the Canadiens, scoring four times and adding 14 assists over four seasons.